The very idea that with one bound the economy would be free on December 2 when lockdown is lifted was always going to be a fiction.

The endless chopping and changing from lockdown to the tiers, and tinkering with the rules, is a nightmare for every business.

What commerce needs most is steadiness, not zig-zags based on faux science without any analysis of the broader economic consequences of government actions. 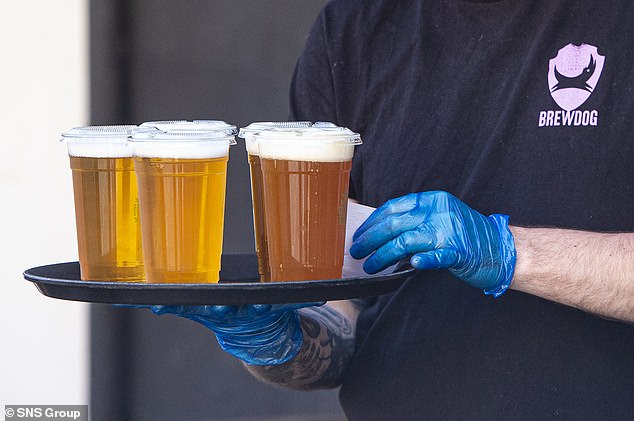 The scale of the unforeseen fiscal and output costs of the health emergency were laid out in grim detail by Rishi Sunak and the Office for Budget Responsibility this week, leaving open the gaping question of how it will be paid for.

There are more practical questions for large swathes of the economy, most notably hospitality. One doesn’t have to be a big drinker to recognise that pubs and bars sit at the heart of towns and communities up and down the land.

And with almost the whole of England to be put in higher tiers as lockdown ends, the chances of recapturing any kind of momentum in the run-up to the festive season – when so much income is earned – is limited.

What is particularly unfair is that there has been a universal effort by the industry meticulously to put in place and enforce the highest levels of sanitation, social distancing and tracking data.

Just how calamitous the situation has become is illustrated by the latest updates from the booze sector.

Mitchells & Butlers, which has shed 1,300 jobs in the last couple of months, has been taken aback by the draconian restrictions post lockdown.

Income has collapsed and a profit of £123million in 2019 turned into a loss of £177million in the year ending in September. The group warns there is doubt about its ability to continue as a going concern.

Niche pub owner Fuller, Smith & Turner has reported that revenues were down 76 per cent in the first half and it moved into the red.

Having sold its heritage Chiswick brewery in West London to Japan’s Asahi for £250million last year, it at least won’t have to pour gallons of London Pride down the drain.

The perils of the beerage offer a profound metaphor for the uphill task to restore confidence in UK plc.

There is no shortage of opinions about Brian Leveson in the editorial offices of national newspapers, following an inquiry in 2011-12 which neglected any recognition of the threat to printed media of digital and social outlets.

Whether the former High Court judge is really the person to sort out supply chain and business practices at online fashion group Boohoo is an open question.

It is encouraging that executive chairman Mahmud Kamani is recognising the group’s ethics and governance do not meet the standards required of a public company.

But Leveson, and the addition of KPMG to the monitoring team, are not the real answer. The problem at Boohoo is Kamani himself. He founded a brilliant company but still runs it like a personal fiefdom.

An earlier report from Alison Levitt QC found a labyrinthine ownership of factories with social connections to the executive chairman.

Kamani also thought it was fine to expand the group by buying out his son’s interest in Pretty Little Things.

In June he put in place a £150million bonus package of which he is a beneficiary.

Broker Jefferies is enthusiastic about Leveson, praising the choice as oversight of the Agenda for Change programme.

The same broker rallied to Boohoo’s side, dismissing a Sunday Times investigation into factory conditions. That was before the shares went into freefall.

Leveson does bring with him a strong reputation for his work on fraud cases at Southwark Crown Court.

He and the company are promising full transparency as and when he completes his progress reports. All that is fine and dandy.

But it doesn’t really address the fundamental problems of a domineering boss, the lack of a robust independent chairman and a sub-octane board.

The bid by Canada’s Garda World for services group G4S is looking rustier by the day. Since the assault was launched on September 11, the FTSE 250 Support Services index has jumped 17 per cent.

If a UK-Europe trade deal is ever signed even the 50 per cent premium being offered by overseas insurers for RSA could quickly look stale.

The board should have held firm.

ABBEY Clancy has hired an expert in Special ­Forces dog training to turn her young labrador into a super sleuth. The model…

Boxing Day sales cancelled: Which shops will be closed on Boxing Day this year?

Woman, 19, and man, 22, held for murder after three-week-old baby dies