ARSENAL welcome Rapid Vienna to the Emirates tonight – along with 2,000 socially distanced fans.

Mikel Arteta’s side are going through a rotten run of form in the Premier League, but in Europe have already qualified for the knockout stages.

When is Arsenal vs Rapid Vienna?

For those of you unable to get tickets, you can watch all of the action live on BT Sport 2 and BT Sport Ultimate.

Can I watch for free?

Arsenal have already confirmed that £45million signing Thomas Partey will be on the treatment table until 2021 so he will not be available.

David Luiz likely won’t play following the head injury he sustained in the collision with Raul Jimenez against Wolves. 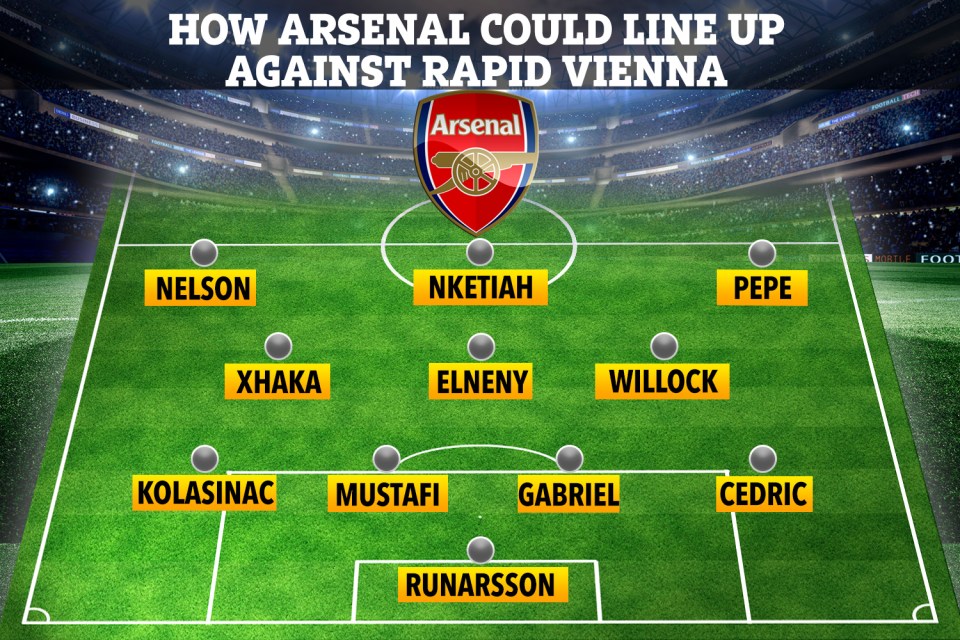 Nicolas Pepe should be in the running to start while Reiss Nelson could also get a runout.

And up front, either Alexandre Lacazette or Eddie Nketiah could feature, so Pierre-Emerick Aubameyang can rest.

Follow ALL the action with our live blog below from 6.30pm…

Tottenham vs Liverpool: Get £50 in free bets when you bet £10 on Premier League clash

A MUM has revealed how you could save money on your baby clothes with a very clever camera hack. TikTok user Hadley…

Kate reconnected with 91-year-old Zigi Shipper and Manfred Goldberg, 90, four years after first meeting them during the Cambridges’ tour to Poland…

WIGAN are a takeover target for a mystery Bahrain group who want to save them from their current crisis. The Latics could…