By Matt Oliver and Lucy White For The Daily Mail

A record number of financial scams is being uncovered as City regulators battle a torrent of fraud online.

A total of 219 warnings about sham firms were issued by the Financial Conduct Authority (FCA) last month, a Mail audit has found.

It is believed to be the most of any month on record and was nearly double March’s figure of 114. 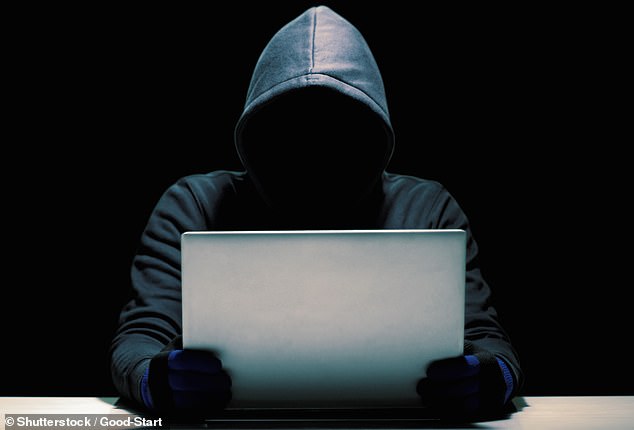 Scam alerts: A total of 219 warnings about sham firms were issued by the Financial Conduct Authority last month, a Mail audit has found

The warnings cover firms that are illegally selling financial products such as bonds, foreign currency exchange and shares without authorisation, as well as those pretending to be legitimate businesses.

The figures underline the scale of the challenge faced by the FCA in battling financial crime, as criminals publish fraudulent digital ads and websites with little scrutiny.

A group of Britain’s biggest banks, insurers and asset managers is urging the Government to tackle digital fraud in the forthcoming Online Safety Bill.

They have warned that victims – mostly elderly – are losing ‘life-changing’ sums of money because internet companies such as Google and Facebook fail to check the authenticity of adverts.

Culture Secretary Oliver Dowden, who has so far refused to revisit the Online Safety Bill to include financial harms, is under increasing pressure from the financial services industry and politicians from both sides of the aisle.

Tory MP Kevin Hollinrake, a campaigner for fairness in financial services, said: ‘Everyone in the industry wants financial harm to be covered by the bill – the FCA, the Bank of England, the firms themselves.

These opportunities to get new safeguards included in legislation don’t come around every day. The Culture Secretary should revisit this.’

There is also concern about sham websites, scam calls and text messages that are not being tackled quickly enough.

Since the start of 2020, the FCA has issued warnings about 1,761 firms offering financial services without authorisation, including 611 that were ‘clone’ firms, analysis by the Mail found.

Brazen con artists have even masqueraded as household names such as Lloyds Bank, HSBC, Aviva, M&G and Hargreaves Lansdown.

But a group of top organisations including The City UK and the Investment Association wants the internet giants, which together control the bulk of the online ad industry, to have a legal obligation to stop fraudsters misusing their platforms for financial scams.

Facebook has said it is working to ‘detect and reject’ ads that scam people out of money and block the fraudsters from using its platform, while Google says it is introducing new systems to verify businesses who post ads.

The new car goes on sale this Autumn and is expected to hit UK roads as early as next Spring. Priced between…

A spokesman also warned that if the “disappointing” situation materialised, it would be met with an “appropriate and calibrated response”. They spoke…

Camilla, Duchess of Cornwall elegant in black as she meets Carrie Johnson at London event

The Duchess of Cornwall met Carrie Johnson during the festival reception in London. Camilla opted for a midi…