It comes a day before Brits find out what tier they will be living under when lockdown ends next week.

There have been a further 907 cases of coronavirus in Wales, bringing the total number of confirmed infections to 74,735.

Public Health Wales reported another 41 deaths, taking the total since the start of the pandemic to 2,446.

Today Scotland recorded 44 deaths from coronavirus and 880 positive tests in the past 24 hours. It brings the death toll to 3,588.

Yesterday cases almost halved after a rise of 11,299 while 608 more fatalities were recorded.

The number of daily infections are significantly lower than those recorded this time last week when 20,051 more infections were recorded.

It comes as every region has seen coronavirus infections fall for the over 60s – except one, according to the latest app data.

New figures from the ZOE Covid Symptom Study show that the East of England has seen a gradual uptick in cases since the end of October.

England’s lockdown is set to end next week with the nation returning to a tier system to control the spread of the virus.

ONE WEEK OF LOCKDOWN LEFT

The Government is due to announce which areas will be in Tiers 1, 2 and 3 on Thursday.

Ministers have briefly outlined the factors that will influence their decision, including case rates and surges as well as pressures on testing and the health system.

Documents released by the Cabinet Office suggest that “broader economic and practical considerations” will also play a part.

It comes amid reports Prime Minister Boris Johnson could face a “major revolt” within his party after it was reported that 80 per cent of the country could be forced into the toughest restrictions.

The latest infections data for England shows 269 out of 315 local authority areas have seen a fall in cases in the last seven days up to November 20.

'into the hands of god'

The Government is allowing three households to come together for five days over Christmas.

The relaxing of the strict rules Britain has been living under for months comes as a huge relief.

From December 23 to 27 bubbles of unlimited size – from three households – can come together and celebrate the festive period. 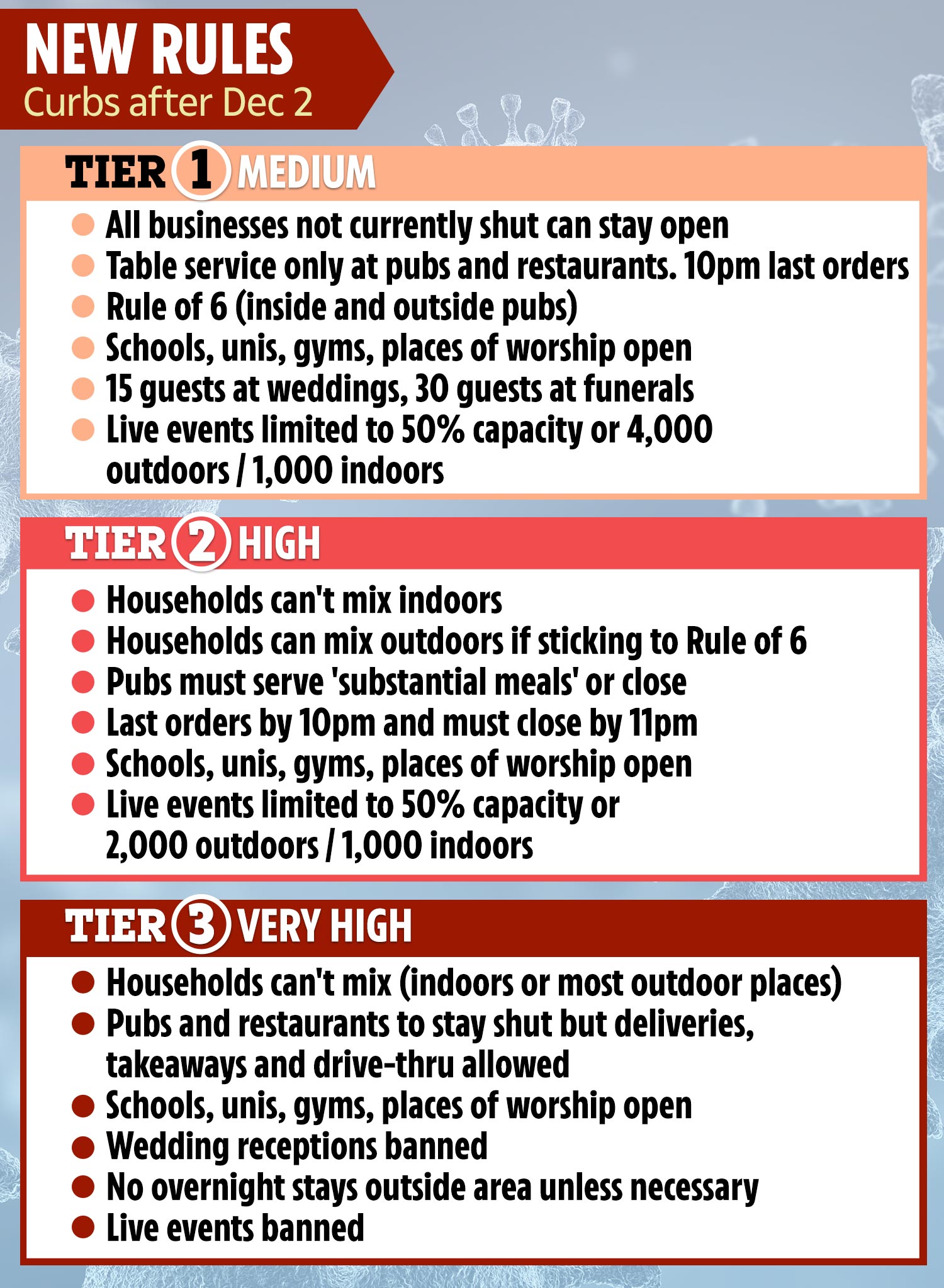 BBC Weather: Carol Kirkwood warns of torrential rain People in northern Scotland are expected to wake up to freezing weather and the…

FORMER Secretary of State Condoleezza Rice was a guest panelist on The View on October 20, 2021. The politician touched on various…

FORMER Secretary of State Condoleezza Rice was a guest panelist on The View on October 20,…

Booking cheap flights for your holiday has now become an art or talent of some sorts.…