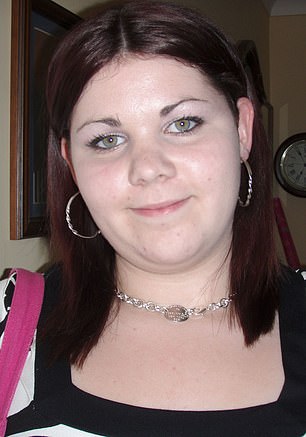 Katie Cronin’s sudden death from a heart attack aged just 21 left her shocked family asking one question: why? An administrative apprentice for BT, Katie had so much to look forward to

An administrative apprentice for BT, Katie had so much to look forward to. Nine months earlier she had married Rob, 34, a former store supervisor, and the couple had an 18-month-old daughter, Abi.

As her mother, Gill, puts it: ‘Katie had crammed a lot into her short life. She had a strong sense of purpose.’

Katie died in June 2011 after collapsing with chest pains and breathlessness in the bedroom of her flat in Colchester, Essex.

A paramedic had just left her after attending the 999 call to her home, when Rob noticed her slurring her words. She collapsed on the bed and died instantly.

At her inquest, it was said blocked arteries led to the heart attack — but why this should occur in someone so young could not be explained.

The fear of some underlying cause existing bothered Rob, and two years after losing his wife he decided to take Abi to be checked by their GP.

He is very glad he did. A blood test showed that Abi’s level of low-density lipoprotein (LDL) cholesterol — the bad form linked to clogged and hardened arteries — was high.

Abi, still only three, was referred to the cholesterol clinic at the Royal Free Hospital, in London, where after further tests she was diagnosed with familial hypercholesterolaemia (FH), an inherited form of high cholesterol — those affected can’t break down ‘bad’ LDL cholesterol effectively in their liver. Rob was told this would have caused the build-up in Katie’s arteries and her premature death.

There were warning signs. In the months before Katie died, she often had chest pains. An ambulance was called for her 11 times between March 2011 and her death three months later.

If a parent has FH, there is a 50:50 chance their child will inherit the same gene defects — and Abi’s diagnosis prompted doctors to warn that other family members should be checked. In total, 36 members of Katie’s family were investigated and 16 were found to have FH.

About 260,000 people in the UK are affected by FH but according to the charity Heart UK, 90 per cent of them don’t know they have it because there are usually no symptoms. As many as 59,000 children are estimated to have it, but only 550 have been diagnosed.

FH causes high cholesterol levels from birth. Without treatment, fatty plaques rapidly build up in the arteries, causing blockages that can lead to heart attacks and strokes — sometimes as young as age 12.

Heart UK is calling for the introduction of a simple blood test, much like a heel-prick test already given to newborns, for all one to two-year-olds, to identify these children. It says this could prevent thousands of people developing heart disease and having heart attacks.

In March the UK National Screening Committee rejected screening, saying there were ‘ethical concerns’ about identifying children with FH at an age when there was no treatment for them. But Heart UK has branded the decision a ‘disgrace’, arguing that the committee ignored new evidence.

For example, a study in the New England Journal of Medicine in 2016, based on the results of screening 10,000 UK children aged between one and two, found that for every 1,000 children screened, eight people (four children and four parents) tested positive for FH. 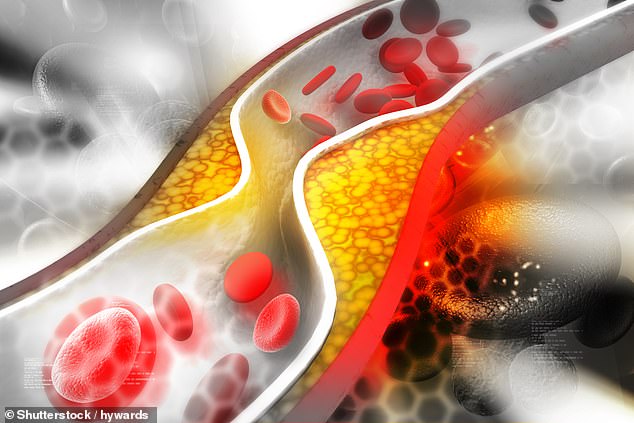 FH causes high cholesterol levels from birth. Without treatment, fatty plaques rapidly build up in the arteries, causing blockages that can lead to heart attacks and strokes — sometimes as young as age 12 [File photo]

Researchers from Queen Mary University of London concluded that child-parent screening was a ‘simple, practical and effective way to screen for FH’.

The introduction of screening would be welcomed by Katie’s family, 16 of whom have since tested positive for FH, including Gill, 59, her brother Len, 76, his two daughters Joanne, 50, and Louise, 45, plus Louise’s three teenage children, Polly, Rose and Joe.

Gill believes she was spared from having a fatal heart attack like her daughter only because she has rheumatoid arthritis, which can damage the heart, and so was put on cholesterol-lowering statins 15 years ago.

Professor Liz Hughes, a consultant in chemical pathology and metabolic medicine at Sandwell General Hospital, in Birmingham, says although FH normally produces no symptoms, some people develop a cholesterol build-up in their Achilles tendon, causing pain and swelling.

High cholesterol may also lead to lumps around the knuckles, elbows and knees, yellowish skin around the eyes, or a white arc near the coloured part of the eyes.

If those affected are diagnosed and treated early, their cardiac health need be no worse than other people’s.

Apart from statins, cholesterol-lowering injections are now available. These work by blocking a protein called PCSK9 that affects the body’s ability to clear LDL cholesterol from the blood. People diagnosed with later-stage disease can also be treated with metal tubes called stents, to open up clogged arteries.

Had Katie been diagnosed sooner, her life could easily have been saved.

Half of drivers ignore dashboard warning lights, according to poll

Back in November, the Eurostar revealed it was “fighting for its survival” due to travel restrictions imposed by the coronavirus pandemic. The…

Heavy snow is forecast to hit the UK following Storm Christoph bringing chaos and flooding to large swathes of the country. Following…

CONOR MCGREGOR and Dustin Poirier will go to battle TONIGHT at UFC 257 after making weight for their lightweight clash. Live stream:…

Back in November, the Eurostar revealed it was “fighting for its survival” due to travel restrictions…

When is the FA Cup 5th round draw, who is playing and when will ties take place?