Philip Larkin’s poem, ‘They f*** you up, your mum and dad . . .’ might not have been written about health, but there’s little doubt now that if you have heart disease, you can certainly blame your mum. Your dad, it seems, can’t carry the can for this one!

Most parents try to make their kids’ lives happier and easier. We’d hate to do anything that would undermine their future health. And yet, in so many cases, that is exactly what seems to be happening, without us realising.

Over the past few decades there has been a staggering rise in rates of childhood obesity, allergic diseases such as eczema, asthma and serious food allergies, as well as diabetes and heart disease.

These are all ‘inflammatory’ diseases (where your body mistakenly mounts an inappropriate immune response and attacks healthy tissue) and the evidence shows they are all linked to what happens in the womb and during our first few years of life.

The good news is that you can turn the tide on your own unhealthy inheritance — but first you have to understand what is going on. 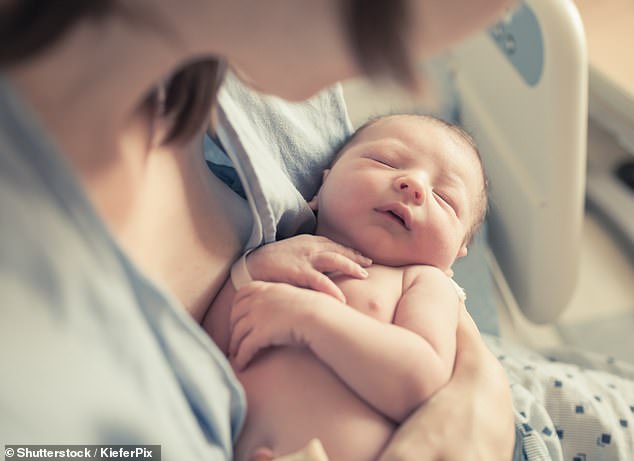 Most parents try to make their kids’ lives happier and easier. We’d hate to do anything that would undermine their future health (file image)

The key to this is huge studies that follow families from before conception and then through the early years of life. An eminent professor of paediatrics, Desiree Silva, recently set up such a trial in Western Australia — where I am currently making a new documentary series.

A s well as the freedom to walk around without fear of getting or spreading Covid-19, one of the joys of being in Australia is catching up with old friends such as Desi, whom I first met 40 years ago, when we were both starting out as medical students in London.

Desi, who is charming and dynamic, was known as ‘Miss Fix-it’, because she got things done. When I wanted to make my first film in 1984, it was Desi who persuaded Channel 4 to lend us the filming and editing equipment.

Desi is one of the brains behind The Origins Project, the biggest study of its kind in Australia. They’re recruiting 10,000 pregnant women, their partners and their children, and plan to monitor them for many years. ‘We’ve already collected over 18,000 jars of stools, 50 litres of urine and tissue from more than 800 placentas,’ she told me with relish during lunch. They are also collecting huge amounts of information about the parents’ lifestyles.

‘Our goal,’ she told me, ‘is to identify the critical factors in a child’s early environment (including their parents’ physical health and genetics — using saliva samples) that put that child at greater risk of asthma, eczema, autism, obesity etc and, crucially, show what can be done to reduce those risks.’

In the UK we have something similar, called the Avon Longitudinal Study, which for nearly 30 years has been monitoring more than 15,000 mothers and their offspring. Among other things, the researchers have shown the alarming impact of a pregnant mother’s iodine levels on her child’s IQ.

Iodine is essential for the production of thyroxine, a hormone that is important for the proper development of the brain. And in the UK we get iodine mainly from cow’s milk and white fish. 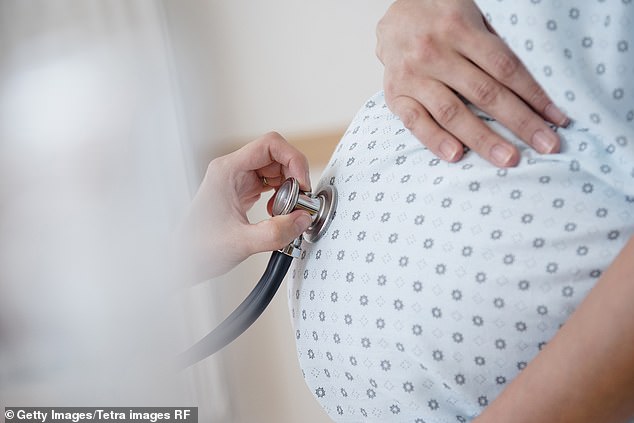 Desi – one of the brains behind The Origins Project – is recruiting 10,000 pregnant women, their partners and their children, and plan to monitor them for many years (file image)

Worryingly, the Avon study has found that children whose mothers were only mildly deficient in iodine scored worse on reading ability and IQ when tested at the age of nine.

Another, even longer, study (which began in the city of Framingham in the U.S. in 1948) has recently shown how much a mother’s lifestyle when she is pregnant affects her child’s heart even decades later.

For this study researchers from the University of Massachusetts scored the mother and the father’s lifestyles on seven factors (with one point each for being a non-smoker; having a healthy diet; being physically active; having a normal body mass index; having a healthy blood pressure; good cholesterol levels, and normal blood glucose). A parent who scored 0 to 2 was classed as having a ‘poor’ lifestyle; 3 to 4 was ‘intermediate’; and 5 to 7 was described as ‘ideal’.

Income and social class must surely play a part but, surprisingly enough, in this study the father’s lifestyle made no measurable difference to their children’s long-term health. It really didn’t seem to matter if the dads were overweight or had high blood pressure, as long as the mums didn’t.

Another interesting finding is that men were more profoundly affected by their mother’s health, when she was pregnant, than women.

So what is going on? One theory is that the health and lifestyle of the mother during pregnancy and immediately afterwards not only helps set a lifelong pattern of eating, but also changes the DNA of that child.

Lead researcher, Dr James Muchira, is keen to point out that if your mother had hypertension or raised blood sugar levels when she was pregnant, then you need to be extra vigilant. ‘People who inherit a high risk from their mothers can reduce that risk by exercising and eating well,’ he says. ‘If they don’t, the risk will be multiplied.’

I’m lucky that, unlike my father who was seriously overweight and not a healthy eater, my mother has always been slim and reasonably active. Thanks Mum!

Help, the rest of the world will be looking down on us…

When my kids were young, I measured them to see if I could predict how tall they would be as adults. As a rule of thumb, a boy will, on average, reach half his final height when he is just two years old, while for a girl it is even younger, 18 months. And it proved true for my children.

Part of the reason I was interested is because I was a very late developer — when I left school I was 5ft 6in and looked about 14. I had to take a passport with me if I wanted to be served in pubs. I hated it. Fortunately, I kept growing and eventually hit 5ft 11in.

But I now have something of an obsession with height, so I was intrigued to come across recent research by Imperial College London comparing the heights of young people. What is striking is that while we Brits are steadily getting taller, we are rapidly being overtaken by other countries. In the 1980s, the average 19-year-old British boy was 5ft 9in, making him 28th tallest in the world. By 2019, he’d put on an extra inch, but slipped to number 39. Similarly, 19-year-old British girls, who now average nearly 5ft 5in, are 49th. 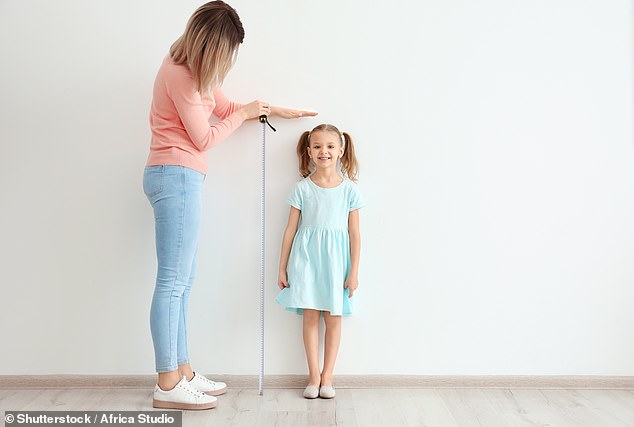 When my kids were young, I measured them to see if I could predict how tall they would be as adults, writes DR MICHAEL MOSLEY

The giants are young Dutch people, with both sexes roughly two inches taller than our youngsters. No doubt their excellent healthcare and social welfare play a part, but other countries have these.

Or perhaps it’s just that Dutch women have a thing for tall men. A recent study found that in Holland taller men not only tend to have larger incomes and better health, but more children, too. In the UK and U.S., height doesn’t seem to be quite such a turn-on — except in politics. Recent U.S. presidents have been considerably taller than the average U.S. male (5ft 9in): Joe Biden, at 6ft, is narrowly beaten in the height stakes by 6ft 3in Donald Trump (though rumours are he exaggerates his height).

Boris Johnson, at just 5ft 9in compared with the average UK male’s 5ft 10in, is an anomaly in a line-up of tall British PMs, including Theresa May, David Cameron, Gordon Brown, Tony Blair and John Major.

Covid UK: Government only has to OFFER 13.9m vaccine to hit target

GEORGES ST-PIERRE has weighed in on the never-ending greatest-of-all-time conversation, insisting the concept of the GOAT is ‘fugazi’. The debate over the…

GEORGES ST-PIERRE has weighed in on the never-ending greatest-of-all-time conversation, insisting the concept of the GOAT is ‘fugazi’. The debate over the…

Nancy Pelosi said that the Senate will need to determine the structure of a trial of Trump Washington: US House Speaker Nancy…

GEORGES ST-PIERRE has weighed in on the never-ending greatest-of-all-time conversation, insisting the concept of the GOAT…

GEORGES ST-PIERRE has weighed in on the never-ending greatest-of-all-time conversation, insisting the concept of the GOAT…