The US Food and Drug Administration (FDA) is reportedly planning a meeting of its vaccine advisory committee in early December to discuss coronavirus jabs.

Members are likely to discuss candidates, including those from Pfizer Inc and Moderna Inc – both of which are set to apply for FDA authorization within the next several days after announcing positive results from late-stage trials.

Several reports indicate that the Vaccines and Related Biological Products Advisory Committee will meet between December 8 and 10.

It means that the FDA is within just a few weeks of approving an immunization to curb the disease that has killed nearly 250,000 Americans.

‘We respectfully decline to comment,’ an FDA spokeswoman told DailyMail.com in a statement. 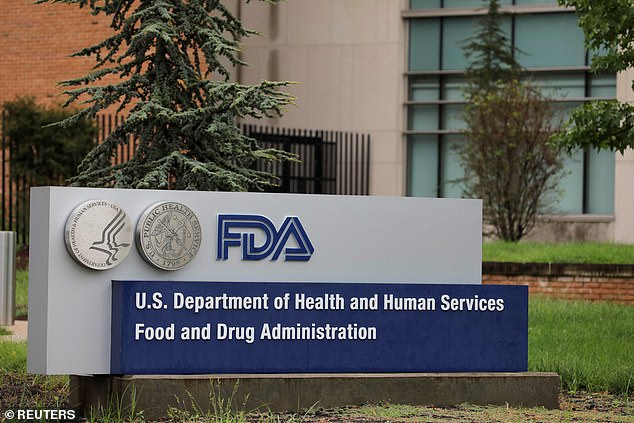 The FDA’s Vaccines and Related Biological Products Advisory Committee, which makes recommendations about approving vaccines, is reportedly meeting between December 8 and 10. Pictured: Signage outside of FDA headquarters in White Oak, Maryland, August 2020

Members are expected to discuss candidates from Pfizer Inc and Moderna Inc, both of which have reported positive results. Pictured: The first patient enrolled in Pfizer’s COVID-19 vaccine clinical trial  receives an injection, May 4

On Wednesday, Pfizer announced that final results from its late-stage coronavirus vaccine trial showed the jab it was safe and 95 percent effective.

The New York-based pharmaceutical company, and its German partner BioNTech SE, said it now has the two months of safety data needed to apply for emergency use within the next several days.

Moderna, which is expected to meet the safety data milestone soon, announced on Monday interim results showing its shot is 94.5 percent effective.

Both are expected to be discussed by the Vaccines and Related Biological Products Advisory Committee (VRBPAC), which is a panel of outside experts.

It makes recommendations on whether or not vaccines, such as for COVID-19, should be approved, although the FDA is not bound to accept them.

The last meeting of the committee was held on October 22, in which members discussed the development, authorization and licensure of vaccines for the virus.

Dates for the December meeting have yet to be made public.

‘The fact that the FDA is calling for an advisory committee even before either the Pfizer or the Moderna applications have been officially submitted shows that the FDA understands that the data for both these programs is very robust,’ Professor Peter Pitts, former FDA Associate Commissioner, told DailyMail.com.

‘They want to make sure that the ultimate decision has the approval of a board of outside advisors.’

Pitts said this does not meet that the FDA will not grant Emergency Use Authorization (EUA) prior to this meeting.

‘Advisory committees are not called to comment on EUAs; they’re called on to comment on a decision to approve or not approve,’ he said.

‘So I think it’s a good sign that the FDA recognizes the need for outside experts to weight even thought the datas seems overwhelmingly positive.’ 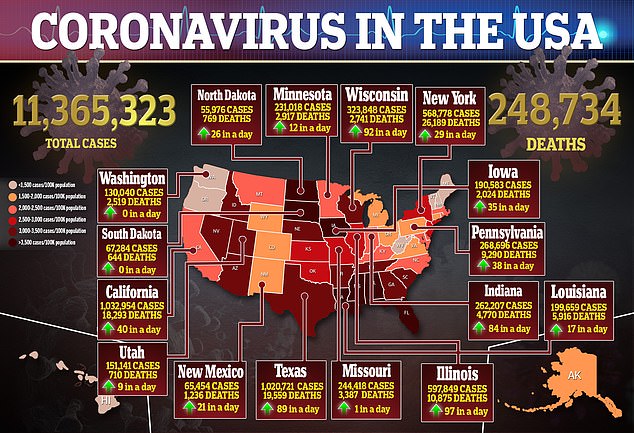 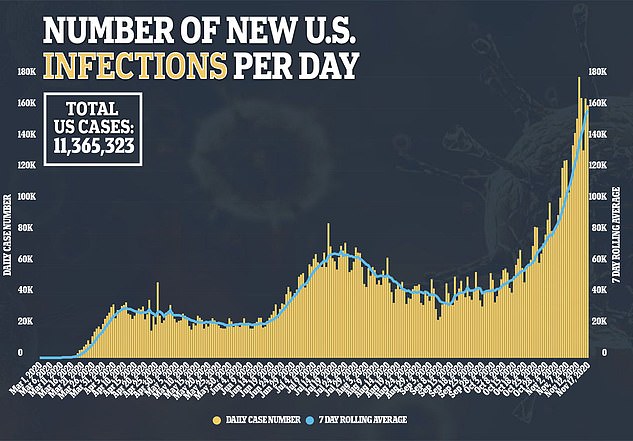 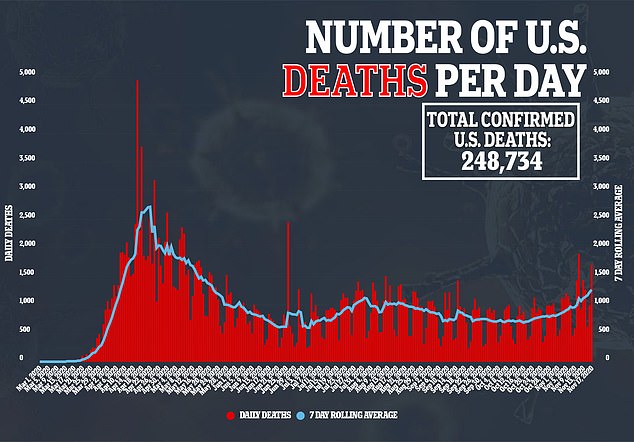 If VRBPAC gives a green-light, the next step would involve the FDA studying the minutes of that meeting.

The FDA would then move to reach a decision on whether or not to fully approve one or more vaccine candidates.

Concurrently, a group at the Centers for Disease Control and Prevention – the Advisory Committee on Immunization Practices (ACIP) – is  scheduled to hold a meeting on Monday, November 23.

ACIP, an independent board made up of medical and public health experts, makes recommendations about potential jabs.

However, once the FDA does authorize a vaccine, ACIP will meet within 24 to 48 hours and discuss if everyone should get the vaccine, or if some groups should be excluded, and who should receive it first.

Pitts said another important ACIP considerations is to ensure that no American goes without the vaccine due to the price.

‘If all this data holds true – and I’m hopeful that it will and I believe that it will – then I suspect we could have an EUA for one or potentially even two vaccines shorty after Thanksgiving,’ he said.

‘And that’s more than leftovers. That’s a substantial meal unto itself.’ 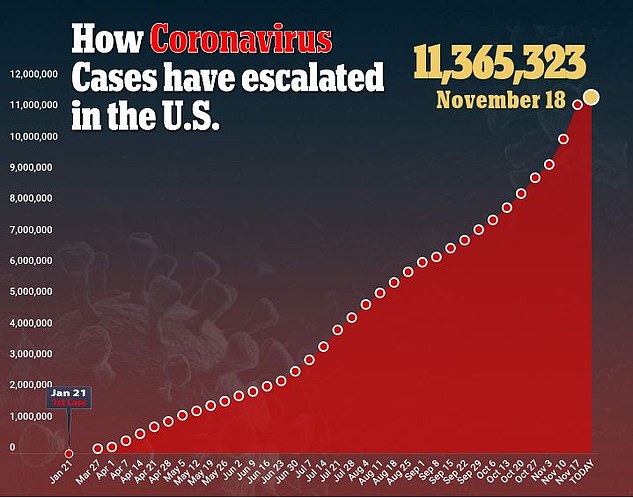 LOVE Island’s Toby Aromolaran was surrounded by women as he made a nightclub appearance last night. The footballer has been busy travelling…

LOVE Island’s Toby Aromolaran was surrounded by women as he made a nightclub appearance last night. The footballer has been busy travelling…

Virgin Media users can upgrade to new router with faster Wi-Fi speeds for FREE, here's how

Virgin Media O2 this week launched a brand-new router, known as the Hub 5, with faster Wi-Fi speeds. The Hub 5, which…

The gadget meant to run my heating has a mind of its own!

LOVE Island’s Toby Aromolaran was surrounded by women as he made a nightclub appearance last night.…

LOVE Island’s Toby Aromolaran was surrounded by women as he made a nightclub appearance last night.…

Virgin Media users can upgrade to new router with faster Wi-Fi speeds for FREE, here's how

Virgin Media O2 this week launched a brand-new router, known as the Hub 5, with faster…

ALZHEIMER’S is a devastating condition for both the person suffering with it and their loved ones.…