Is Aldi looking for sites near you? Supermarket chain has Penzance, Cheltenham and Guildford in its sights amid plans to open 100 stores

By Jane Denton For Thisismoney

Aldi is on the hunt for property development sites in key hotspots up and down the country where it is looking to open new stores.

The German discount supermarket plans to open 100 new stores over the next two years, with ambitious plans to ensure its shops are on the doorsteps of more customers.

The chain has revealed it is on the lookout for new freehold developments in town centre locations or ‘edge-of-town’ hubs ‘suitable for property development.’

Looking to expand all over the country, Aldi has its sights sets on securing new stores in, among other locations, Penzance, Guildford, Cheltenham, Milton Keynes, Macclesfield, South Shields, Peebles and York. 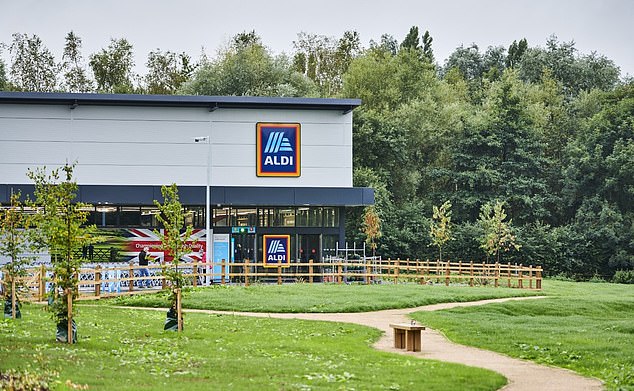 Hunting for developments: Aldi is on the hunt for property development sites in key hotspots up and down the country where it is looking to open new stores

In Wales, the supermarket chain is vying to snap up sites ripe for development in Aberdare, Barry and Lampeter, while in the East of England it wants to open stores in Basildon, Brentwood and Hitchin.

The supermarket said it needs sites that are big enough to accommodate a 20,000 square foot store and around 100 dedicated parking spaces, ‘preferably on a prominent main road and with good visibility and access’.

As well as store space, the supermarket said it also plans to acquire new sites to built new distribution centres, and it also wants to expand its existing ones.

Is Aldi looking for a site near you?

German discount supermarket Aldi wants to buy sites in order to be able to open new stores in the following locations:

Richard Thornton, communications director at Aldi UK, said: ‘We’re continuing to gain even more customers – with over 60% of UK households shopping with Aldi in the last year.

‘Our focus is on expanding our store estate, making sure Aldi is accessible to as many of these new shoppers across the country as possible.

‘Looking ahead, we are excited to provide millions of new customers with access to Aldi’s award-winning quality and unbeatable value as we create even more places and more ways to shop with us.’

The supermarket is ploughing £1.3billion into expanding its retail estate by 2023, and is on a mission to open one new store every week.

It will open a new logistics warehouse in Leicestershire, and has plans to expand its click-and-collect services further. The chain has also selected a site in Greenwich, London, for the opening of its first till-free store.

Last month, Aldi said it planned to create 2,000 new jobs next year, and claimed it had already created 7,000 permanent jobs in the past two years.

In September, the group, which has 920 stores across the country, said sales in the UK and Ireland jumped 10.2 per cent to £13.5billion last year. But, pre-tax profits slipped by 2.5 per cent to £264.8million amid ‘continued investment in price and the cost of responding to the pandemic.’

The supermarket, which does not publish like-for-like sales figures, said industry data suggested that around 60 per cent of households had shopped in an Aldi store at some point over the past year.

Get the Best of Technology With the Latest Intel-powered Laptops

While smartphones and tablets have become increasingly popular over the last decade, when it comes to…