GET ready for another bumper weekend of Premier League action as the top-flight heads into a frantic December.

Will it be high-fives all round for Ole on the South Coast?[/caption]

Southampton are a team reborn under Ralph Hassenhuttl, with the Saints seven games unbeaten and starting this game four points ahead of Manchester United.

No Ings, no problem for the South Coast outfit who saw off Newcastle here in their last home game before a solid point on the road at Wolves.

They welcome a Man Utd team who are back on the right track and searching for a fourth-straight win in all competitions.

Their 1-0 victory over West Brom last weekend was ugly – very ugly – but three points was all that Ole Gunnar Solskjaer needed.

Historically, this is a pretty wretched fixture for Southampton and they’ve not beaten Man Utd on home soil since 2003. 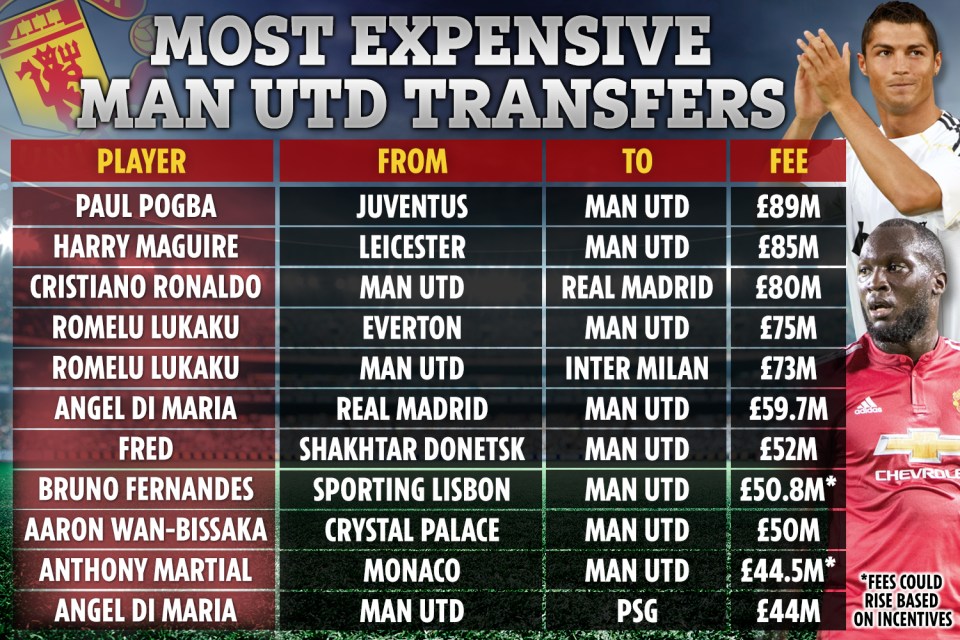 That’s 12 home meetings without a win for the Saints, but they have picked up draws over the last two seasons.

Fans on the South Coast feared the worst when Danny Ings was ruled out for six weeks, but Che Adams has stepped up to the plate and there are plenty of goals in this talented young side.

They’ve scored two goals exactly in all four of their home matches this season, winning three without conceding.

As ever, we’re warning all of you about betting on the win market when it comes to this Man Utd team.

Yes they’ve been excellent on the road this term, but an odds-on price of 19/20 is just too much of a risk – especially at a team unbeaten in seven and bursting with confidence.

Bruno Fernandes is 6/4 to continue his scoring form[/caption]

Instead, we reckon you give Saints your full backing on Sunday – not with the win at 27/10, but with goals.

If they were to go down on home soil, it’ll be with a bang and we reckon they can continue their run of scoring at least two goals at St Marys.

Saints to score over 1.5 goals is a mammoth 2/1, brilliant value when you consider they have pillaged 17 in just nine games.

Futher to that, United have conceded in each of their Prem away matches so far this season.

Goals are the order of the day and if you want to play it safer, over 2.5 at 5/6 is an excellent price.

For the visitors, Bruno Fernandes continues to steal the show.

He’s gone to another level in the last three weeks, scoring five in his last three for the Red Devils.

The Portuguese now has 21 in 35 games since joining in January, as well as 15 assists. World class.

The bookies have taken notice and he’s now shorter than every Man Utd striker to net at anytime – 6/4.

Even so, with the magician on penalty duty and looking in frightening form, you go with the hot hand.

A potential cracker on the cards as Tottenham make the short journey to West London.

Jose Mourinho is back at his old stomping ground and eyeing up his first Premier League title since 2015 .

Too soon, Spurs fans? Not to jinx it, but it was a Mourinho masterclass in game management as the North Londoners outfoxed Manchester City last week.

Chelsea meanwhile have finally hit their stride under Frank Lampard and there are signs their big-money summer signings are gelling. 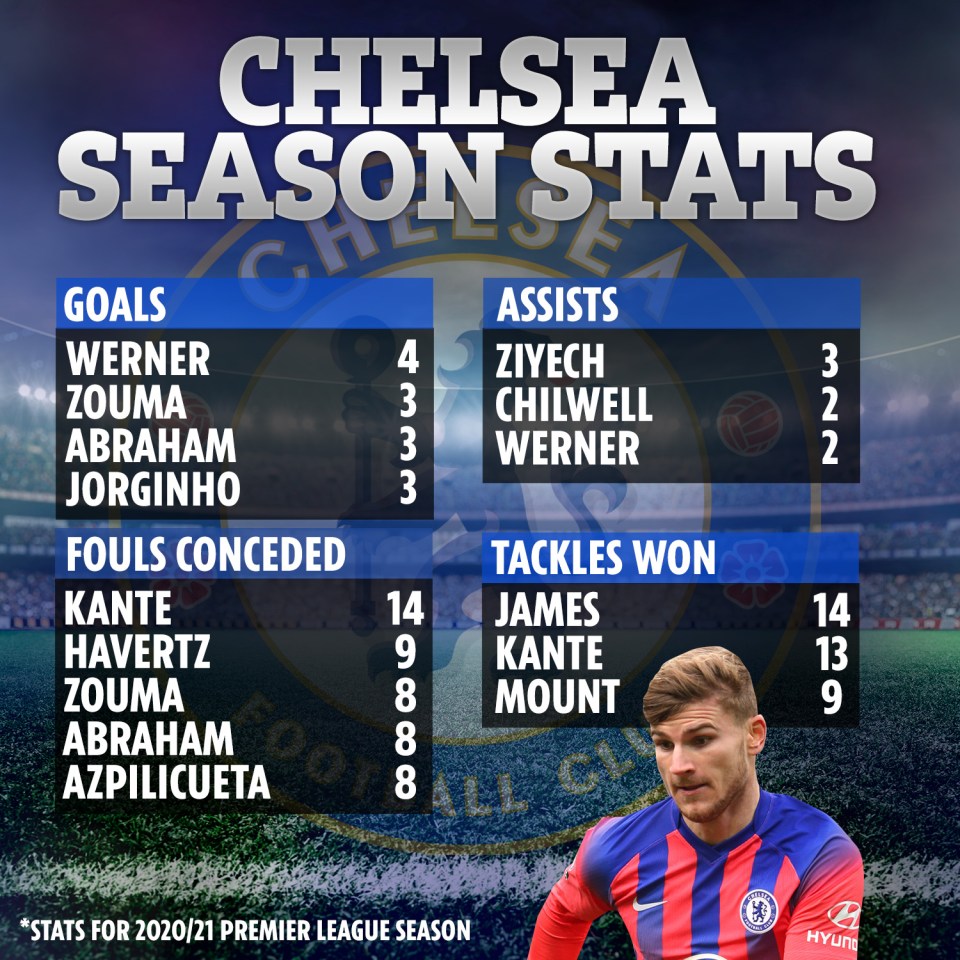 The Blues have won their last six in all competitions and are very much in the hunt for the title themselves this season – if they can keep up the consistency.

They appear to have plugged the leaky defence which saw them slip to 3-3 draws against West Brom and Southampton, with Edouard Mendy looking an astute signing.

Chelsea can overtake Spurs in the table with three points and there’s plenty at stake at the Bridge – but don’t expect Mourinho to take his foot off the gas.

There’s a proper steel about his Tottenham side and the Special One appears to have his mojo back, with players knowing their jobs and system inside out.

Even so, it will take a lot to get over the mental block which has prevented Spurs from performing on this ground over the years.

Tottenham have won on just one of their last THIRTY-FOUR visits here. Yep, 34.

We’re massive fans of the way Spurs are playing at the moment though and reckon there’s plenty of value in them getting a result – even if the history books disagree.

This is the here and now, with no fans allowed in the ground on Sunday and a team absolutely bursting with confidence on the road after four wins from four.

Tottenham double chance is a terrific 8/11 and that covers a Spurs win or the draw.

We’re expecting goals in this one, with Son Heung-min and Harry Kane set to team up with their double-act show once again.

Three of Chelsea’s four home games this season have featured over 3.5 goals and on what could be a frantic Sunday afternoon of action, back that again at 9/5.

Social media was awash with winning slips when Kane and Son laid on goals for each other against West Ham and Burnley.

Son is a massive 9/4 anytime and Kane a generous 6/4. Double them up or go singles, but whatever you do don’t miss out on those prices.

Things just aren’t working at the moment for Mikel Arteta and Arsenal.

The Spaniard is struggling to get a consistent tune out of a talented squad, with three defeats in the last five leaving the Gunners in the bottom half of the early table.

Goals have been the issue for the Arsenal this season and they’ve netted just nine times in nine matches, leaving them with a goal difference of -1.

That’s no way to build for a successful season, no matter what division you’re in.

Wolves are also struggling to find the net this term after their terrific campaign last time out – but even so have four wins from their opening nine.

That’s hardly a disaster and Nuno Santo’s men battled back well after going behind to in-form Southampton on Monday Night Football.

Since returning to the top-flight, the Emirates has been a happy hunting ground for Wolves who have twice gone back to the West Midlands with a point.

Both meetings here have ended 1-1 and we’re predicting something similar in what could be a proper chess match. 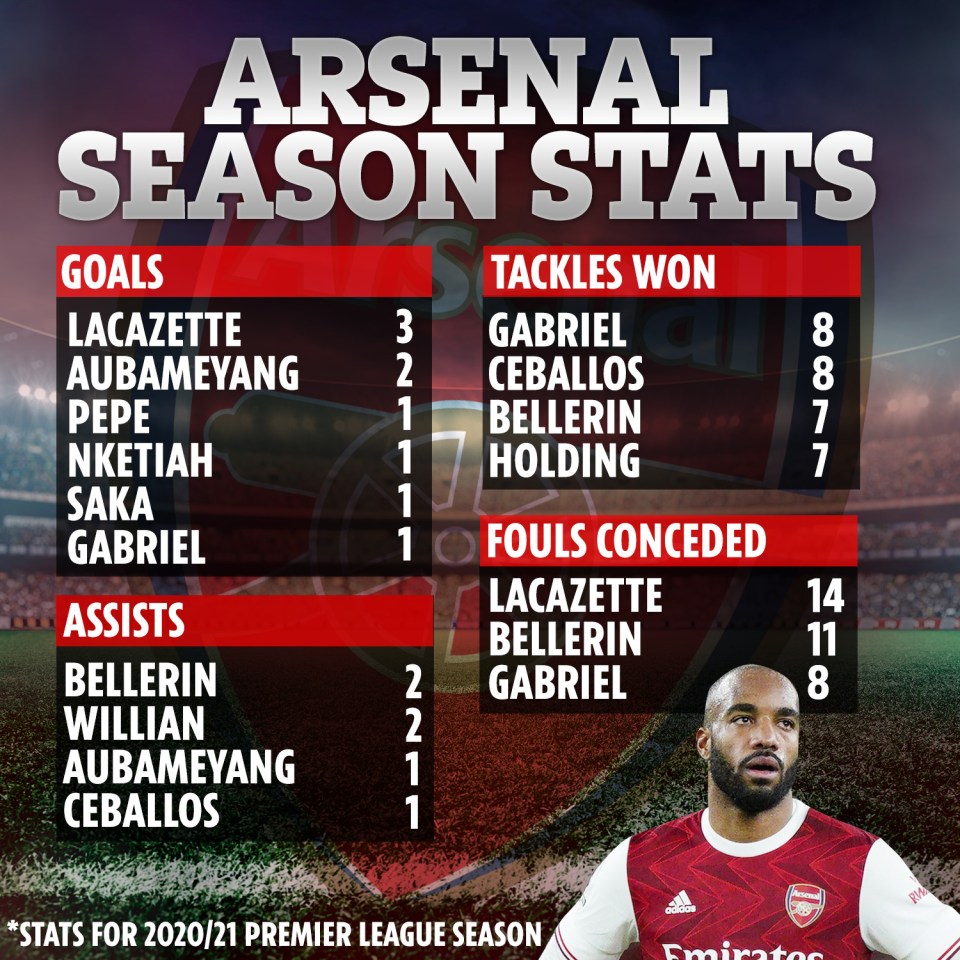 Arsenal just need to get back to scoring and with goals, the wins will come.

But there are real concerns about Pierre-Emerick Aubameyang‘s form, with the Gabon striker without a goal from open play since the first game of the season – and signing that lucrative new contract.

Nicolas Pepe is too busy headbutting people to make a meaningful contribution, while the only creativity Mesut Ozil is producing these days comes via Twitter.

If Thomas Partey returns from a thigh problem we’re more hopeful of the Gunners’ chances on Sunday – but we won’t be backing them to take three points at a hefty even money.

Instead, both teams to score looks the play which has been a winner on the last three meetings in North London.

That’s also 1/1 – a big price in that market – and well worth a dabble over the result.

If you are wanting to back the Gunners with your hard-earned this Sunday, play it safer than the full time result and instead trust Arteta‘s men to win at least one half at 8/13.

Aubameyang is 7/5 to score anytime and will be popular, but we’d leave him alone until he becomes trustworthy again infront of goal.

Instead, back Raul Jimenez at a heftier price of 9/5.

The Mexican has seven goals in 14 games for club and country this season, so rely on him him to do the business again just as he did in the 1-1 draw here last November.

*All odds from Ladbrokes and correct at time of publication.

Commercial content notice: Taking one of the bookmaker offers featured in this article may result in a payment to The Sun. 18+. T&Cs apply. Begambleaware.org

A responsible gambler is someone who:

Mike Lindell, CEO of My Pillow, stands outside the West Wing of the White House. Twitter Inc has permanently suspended the account…

Speaking about the upgrade, Cheng said: “We wanted to take a step back to simplify a bit so people could find what…

Mike Lindell, CEO of My Pillow, stands outside the West Wing of the White House. Twitter…

Speaking about the upgrade, Cheng said: “We wanted to take a step back to simplify a…

ROMA outcast Edin Dzeko is wanted by West Ham and Everton, according to reports. The former…