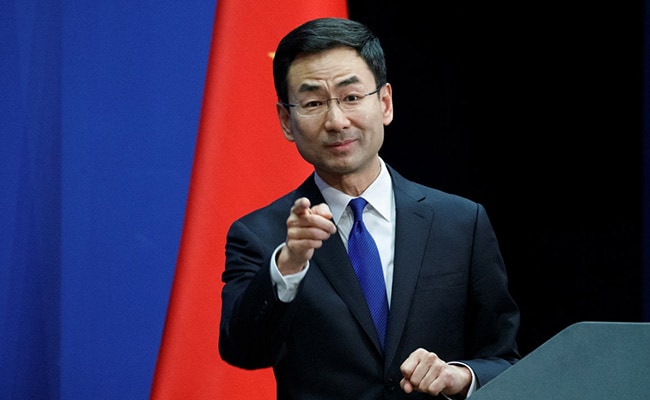 Germany finishes a two-year term on the 15-member council at the end of this month and Ambassador Christoph Heusgen plans to retire after more than 40 years as a diplomat.

“Let me end my tenure on the Security Council by appealing to my Chinese colleagues to ask Beijing for the release of Michael Kovrig and Michael Spavor. Christmas is the right moment for such a gesture,” Heusgen told the council session, whose official agenda topic was Iran.

Kovrig, a former Canadian diplomat who was working as an adviser for the International Crisis Group think tank, and businessman Spavor were detained by Beijing in 2018 shortly after Canadian police picked up Huawei Technologies Co Ltd Chief Financial Officer Meng Wanzhou on a U.S. warrant.

China’s deputy U.N. ambassador, Geng Shuang, accused Heusgen of abusing the Security Council to launch “malicious” attacks on other members “in an attempt to poison the working atmosphere”.

“I wish to say something out of the bottom of my heart: Good riddance, Ambassador Heusgen,” Geng said. “I am hoping that the council in your absence in the year 2021 will be in a better position to fulfil the responsibilities…for maintaining international peace and security.”

Polyanskiy replied: “It seems he’s developed a certain dependency on the council, there’s never a meeting without criticism of Russia even if that’s not suitable for the subject matter. I hope that after Jan. 1 that Christoph’s symptoms will improve.”

Rebecca English, royal editor for the Daily Mail, explained what happened in the exchange between the pair on Twitter. Ms English tweeted: “Camilla…

A TRAIN driver careered through barriers and into buffers while allegedly under the influence of cocaine, police have revealed. The 39-year-old went…

ETHAN AMPADU cursed his luck on Tuesday as he was sent off for a perfectly clean tackle. The Chelsea defender, 21, is…

Sentence for student Skylar Mack, 18, slashed in half after she was jailed in Cayman Islands for breaching Covid rules

Rebecca English, royal editor for the Daily Mail, explained what happened in the exchange between the…

A TRAIN driver careered through barriers and into buffers while allegedly under the influence of cocaine,…