The Government will lose almost £40billion on its 2008 bailout of Natwest after the coronavirus crisis pushed down the share price.

Treasury ministers have vowed to offload the taxpayer’s stake in the bank, formerly known as RBS, by 2024-25, the Government’s Budget watchdog revealed this week.

But the banking sector is reeling from the economic damage caused by the pandemic, and lenders’ share prices have tumbled. 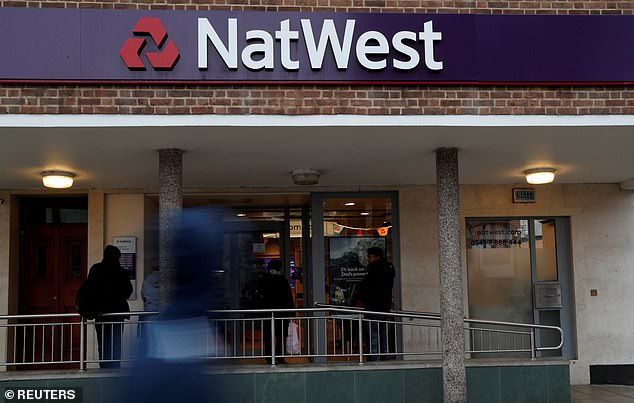 Treasury ministers have vowed to offload the taxpayer’s stake in Natwest bank, formerly known as RBS, by 2024-25, the Government’s Budget watchdog revealed this week

Natwest’s shares have plunged by 34 per centthis year so far, meaning the taxpayer will get back even less than initially thought when the Government finally sells its stake.

In its Economic and Fiscal Outlook this week, the Office for Budget Responsibility (OBR) said it was told by the Treasury the Government intends to ‘fully dispose of its RBS shareholding’ by 2024-25.

But at current rates, the OBR thinks the sale of the Government’s 62 per cent stake in Natwest will generate just £11.2billion. This is £6.9billion less than the OBR was forecasting in March. 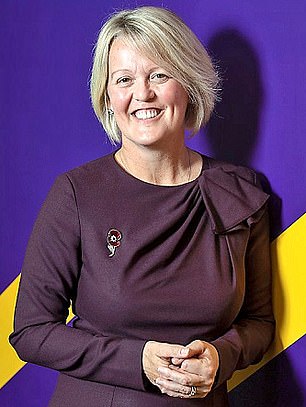 Added to small Natwest share sales the Government completed in 2015 and 2018, and small payments received across other schemes, this means the Treasury will get back just £17.5billion from its £45.8billion bailout of Natwest – crystallising a £28.3billion loss.

But this does not take into account how much it cost the Treasury to finance its £45.8billion bailout of Natwest through the gilt market at the height of the financial crisis.

Including this number, along with small fee payments received from Natwest for other matters, the actual loss to the taxpayer is £38.6billion.

Some of the losses will be recouped through dividends, as Natwest has already handed out £2billion to the Treasury between 2018 and 2019.

Andy Agathangelou, founder of the Transparency Task Force, said: ‘It’s atrocious that not only has the taxpayer had to fork out in paying for the bank to be bailed out, they are still paying the price.’

Natwest has been unable to pay any dividends to shareholders this year after the Bank of England’s watchdog told lenders to hold on to as much money as possible. Under boss Alison Rose Natwest has been trying to polish up its image which was tarnished during the financial crisis.

A new supercomputer in Wyoming will rank among the world’s fastest and help study phenomena including climate change, severe weather, wildfires and…

The Queen remains in good health during the third national lockdown, a source has claimed. In fact, the lockdown may have given…

Who are WallStreetBets and which companies have they helped on stock market?

A BATTLE between amateur traders and hedge funds has rattled the stock markets in the United States, Europe and Asia. WallStreetBets, a…

The Queen remains in good health during the third national lockdown, a source has claimed. In…

Who are WallStreetBets and which companies have they helped on stock market?

CHELSEA’S latest ‘revolution’ has begun, after appointing their 15th manager of the 17-year Roman Abramovich era.…

An international debate over how countries tax big US technology companies such as Google, Amazon, and…