A huge squad turnover over the next two transfer windows is predicted with a wealth of fringe players moved on. 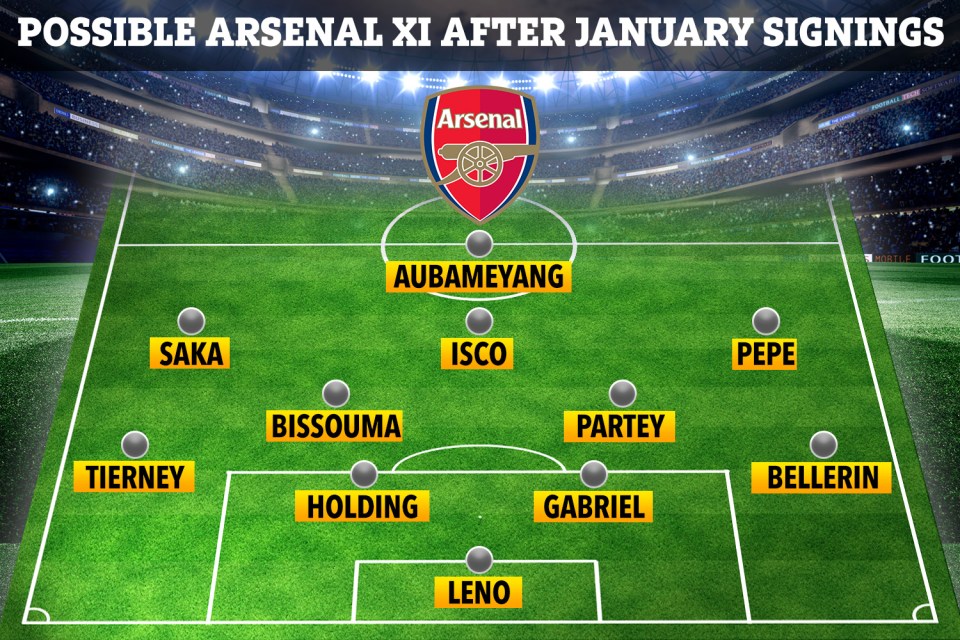 Sokratis Papastathopoulos, Mesut Ozil and Shkodran Mustafi are just some of the names tipped to leave in either January or June.

Arteta will have the option to bring through youngsters to replace them, focusing his transfer war chest on improving the first XI.

According to the Mail, a hefty pile of cash will be handed to the Spaniard to sign some new stars next month.

Real Madrid playmaker Isco is one reported target who would solve the Gunners’ dire need for some creativity.

An attack that has been going through the motions, combined with misfiring strikers, makes this the priority position for the club.

Los Blancos boss Zinedine Zidane is said to want only a permanent sale for the wantaway star, worth around £55million.

But Arsenal are reportedly happy to cut a loan deal if all parties can agree on the switch.

The Spain international would slot nicely into Arteta’s 4-2-3-1, in behind Pierre-Emerick Aubameyang.

The double-pivot pairing of Thomas Partey and Granit Xhaka may also be refreshed if their are funds remaining for Yves Bissouma.

Having impressed for Brighton, the Mali midfielder has been linked with the Gunners and Liverpool.

Yves Bissouma is attracting attention from leaders Liverpool, as well as Arsenal[/caption]

Xhaka’s needless red card in the recent defeat to Burnley may have convinced Arteta of the need to replace the 28-year-old.

Houssem Aouar has also been linked but Paris Saint-Germain are thought to be leading the race for the Lyon ace.

Footballers’ yachts: Ronaldo, Pochettino, Alli and more have hired holiday boats, but which was the most expensive?