Intel’s new ‘Lakefield’ processors mark a new chapter for the company, and could signal a huge shift in the way that future PCs are designed and developed. Intel has struggled for several years now, first with a poorly executed plan to migrate from 14nm to 10nm manufacturing, and then with continual shortages of products in the market, leading to price spikes. Intel had its roadmaps set back by many years, and had to fall back on iterative revisions to its 14nm products to fill the gap over the past several generations. Meanwhile, competitor AMD has seen a massive resurgence in the desktop and server markets, and Qualcomm has begun offering chips for laptops. Even Apple just recently announced a shift away from Intel chips in order to develop more versatile devices in the future.

It’s against that backdrop that Lakefield has arrived with relatively little fanfare. The two chips launched so far will be part of the 10th Gen Core lineup, not a separate series, joining Ice Lake and Comet Lake. You’ll see them labelled as Intel Core CPUs with “Intel Hybrid Technology”, but that doesn’t tell the full story of what you’re getting. Not only do these processors use a whole new kind of heterogenous multi-core structure for the first time, but they’re also manufactured using a completely new 3D stacking technique. In short, on the inside, these are significantly different to the CPUs of today. 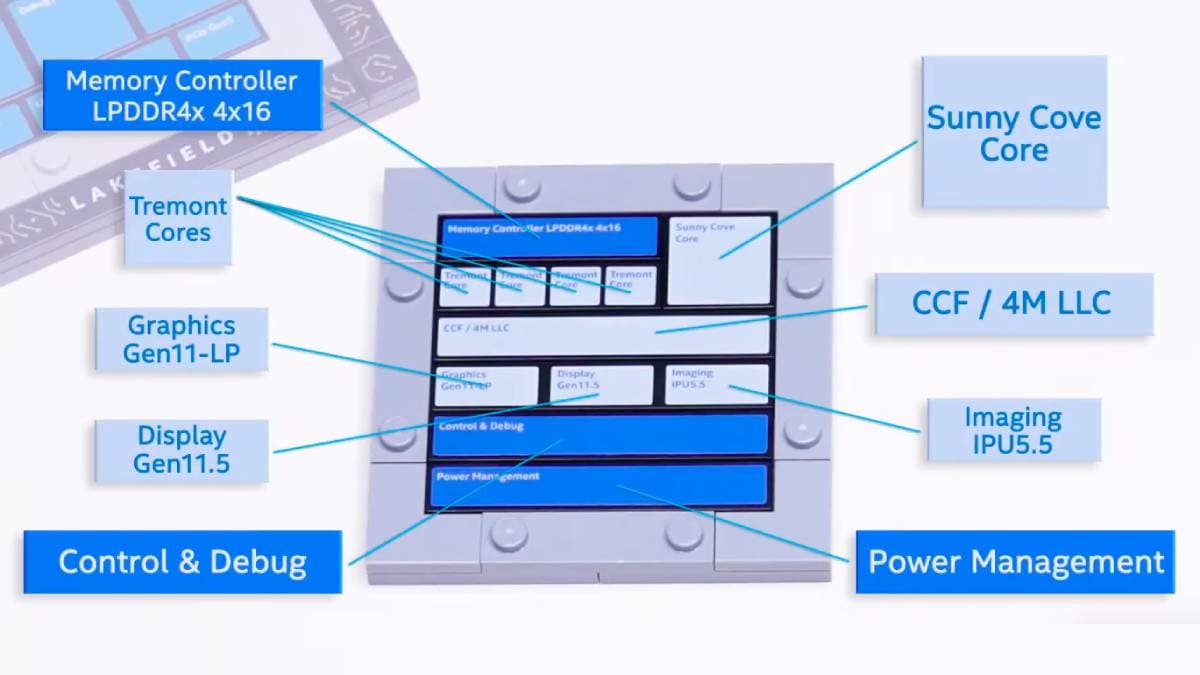 The most interesting thing about this new class of CPU are that it uses a combination of high-power and low-power cores, commonly recognised as Intel’s Core and Atom product lines (although the Atom name isn’t used for consumer CPUs anymore). The two Lakefield models announced so far both have one mainstream “Core CPU” core built using the ‘Sunny Cove’ architecture, and four efficiency “Atom CPU” cores that use the ‘Tremont’ architecture. Sunny Cove is the same design that underpins the current 10nm ‘Ice Lake’ family, while Tremont is relatively new, but expected to show up in future Celeron and Pentium Silver CPUs.

On an engineering level, Lakefield marks the debut of Intel’s 3D stacking technology, called Foveros. This means that individual blocks of logic can be laid out one on top of another, rather than all side by side on a flat CPU die. The main advantage of all this is density – the Lakefield CPUs measure just 12mm square and 1mm thick, which is compact by PC standards. This in turn allows for smaller motherboards and therefore smaller devices overall.

We’ve seen SSDs and RAM manufactured in layers, but Intel is mixing multiple different kinds of logic, not just layering the same thing. Lakefield has the CPU cores, graphics, cache, IO logic, and even RAM, making it a full System-on-Chip (SoC). Similarly, the idea of mixing of two or more different core types is mainstream in the ARM-powered smartphone CPU space, commonly referred to as ‘big.Little’, but not with PCs, but this is a first for an X86 processor.

Two Lakefield models have been announced so far, the Core i5-L16G7 and Core i3-L13G4. Both have one Sunny Cove and four Tremont cores without Hyper-Threading. The Core i5 model runs faster and has more graphics execution units, but both have 7W TDP ratings. Both will be sold with either 4GB or 8GB of integrated LPDDR4X RAM. 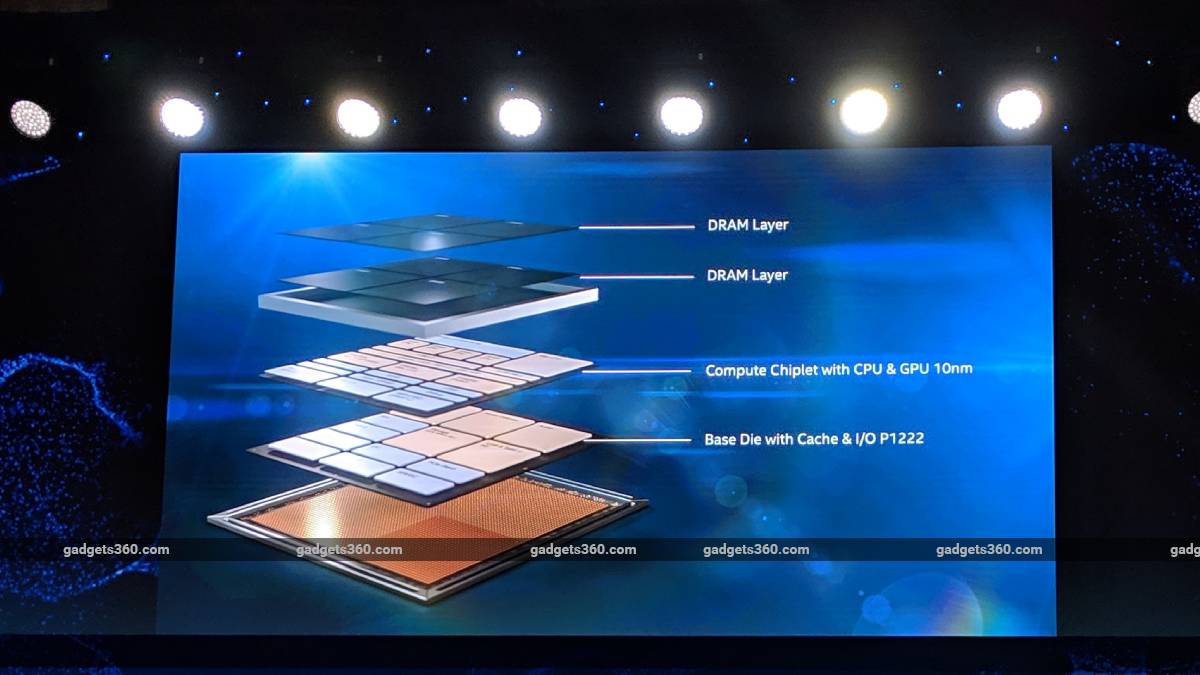 This is a major step for Intel and could be a sign of things to come. To help us understand what’s going on with the Intel Lakefield launch and what this means for the future, Gadgets 360 was able to chat with Gokul V Subramaniam, Vice President, Client Computing Group, GM, Client Platform & Systems at Intel. Here’s what he had to say.

Gadgets 360: What’s new and interesting about these new CPUs?

Gokul V Subramaniam: Lakefield is pretty significant because it is architected for performance and power scalability. Lakefield processors are possibly the smallest to deliver Intel Core performance, and more importantly, full 32-bit and 64-bit Windows compatibility. This chip with Intel Hybrid Technology gives us the ability to drive performance and still be at low power. It’s packed with some really interesting IP blocks, with four Tremont cores and one Sunny Cove core, and Gen11 graphics. It opens up new possibilities in innovative ultra-mobile and ultra-light form factors, be it extremely thin laptops, devices with dual displays or foldable displays, and small companion devices that need both performance and low power consumption.

[These form factors] needed a drastic change in how we look at chip design. Foveros is an investment that Intel has been making, and is at the forefront of process and packaging technology.

The third aspect is hardware-guided OS scheduling; the ability to seamlessly pick the right core based on the workload, which also involves a good level of interaction with our OS partners. Then of course Gen11 graphics is another area of complexity. One thing that I also want to call out is that for this segment, you need low-power capabilities, so bringing in those appropriate blocks of low-power IO and storage has been another big aspect.

Gadgets 360: Why have the two new Lakefield CPUs been slipped into the 10th Gen Core CPU family, rather than being branded as different chips? How will end users know what’s different, and what “Intel Hybrid Technology” actually means?

Gokul V Subramaniam: The key thing about Hybrid Technology is to be able to give you the lower power and the high performance needed; being able to use the Tremont and Sunny Cove cores such that you don’t feel like you are trading off on performance to be low power. Tremont can run the background tasks, and Sunny Cove can run your high-performance foreground tasks. So for an end user, being able to drive those experiences in a dual-display or foldable form factor, and having the battery life, is what they would appreciate.

Intel processors with Hybrid Technology are designed for aggressively constrained form factors and are targeted at low-power designs. They are for smaller display sizes; thinner and newer form factors. The other CPUs in the 10th Gen offer higher performance for larger displays in larger systems. 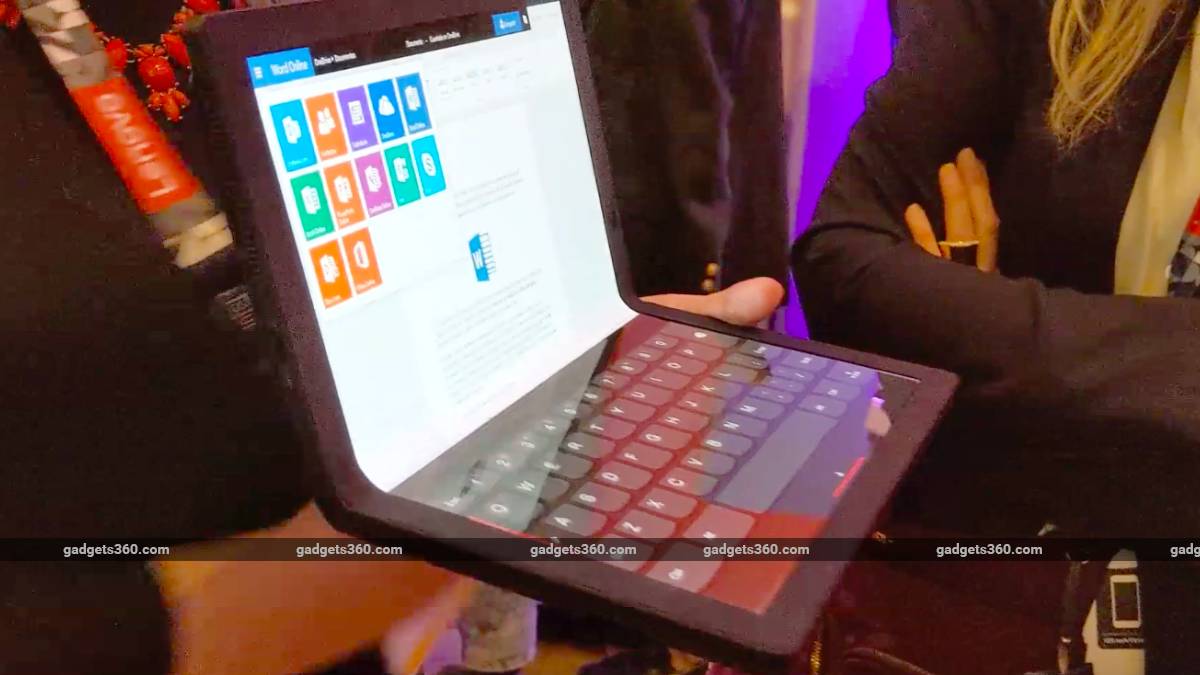 Gadgets 360: Multiple cores and threads are now normal, and software and operating systems expect to be able to use them. How has Intel dealt with situations that assume there’s a traditional CPU, but then come across this heterogenous arrangement with only one high-power thread?

Gokul V Subramaniam: When combining the architectures, we were very clear that we need to ensure that Windows application compatibility is being met, and the user can run all 32-bit and 64-bit apps without any compromises. Hardware-guided scheduling works with the Windows 10 scheduler to make sure decisions can be made at the thread level, so foreground performance threads are prioritised and can run on Sunny Cove delivering really responsive performance, while at the same time background low-priority threads are scheduled on Tremont to help reduce power consumption.

You don’t expect to run every workload on every compute form factor. There are user experiences that are aligned to these form factors, that have been tried and do well. The way Lakefield has been designed, for example, the GPU still allows you to run AI-enhanced workloads, like video stylisation, video analytics, and image resolution upscaling.

Gadgets 360: Why the specific combination of one Sunny Cove and four Tremont cores? Can we expect other variations in the future, and will heterogenous cores be common across all CPU categories?

Gokul V Subramaniam: The key aspects [to this design] were the size of the package, the power, and the performance we need. As you know, Tremont is a new, extremely low-power, small, efficient IP, and is also based on 10nm. We really feel that Hybrid Technology will help in many different ways for different user experiences, where we need a combination of high-performance and low-power cores. Intel does expect future versions of this architecture to be implemented on future products. At this point, we are not providing additional details of unannounced roadmaps or products. I can tell you that this is an architecture that will have future versions, but I can’t give you any details.

Gadgets 360: Can you tell us about the cost and benefits of Foveros? Would it make sense to use this manufacturing technique in form factors where package size is not critical?

Gokul V Subramaniam: I cannot comment on that. Those decisions are going to be driven by a lot of things including segment and volume. 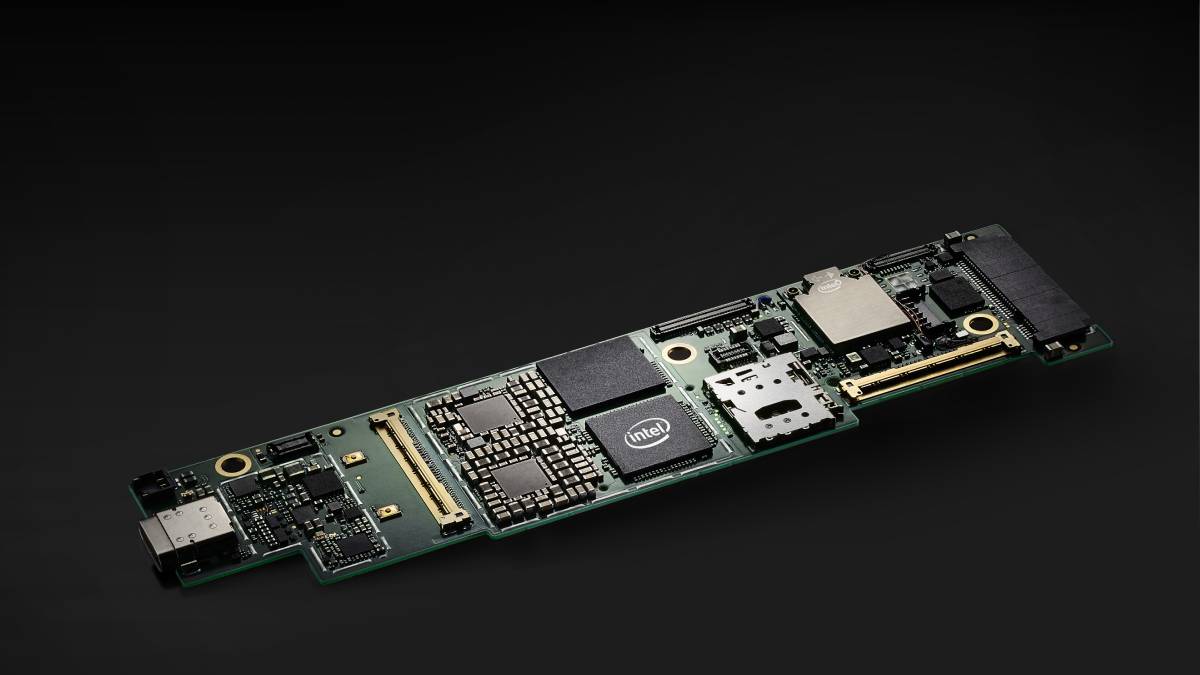 Gadgets 360: Is there any major thermal downside to a 3D layout as opposed to planar?

Gokul V Subramaniam: There is no definitive answer; it becomes a function of what IPs you’re mixing and matching, what segments you’re deploying in, and also the system-level thermal technologies that are available. It’s also a function of what form factors you’re putting it in, how users are going to use it. For example, as you stack up you’re going to be thermally constrained, but it may be okay because you are already driving a low-power design. Lakefield is a 7W part. It’s a multi-factor dependency: user, segment, and device.

Gadgets 360: One interesting new feature of Lakefield is its dual display pipes. Can you tell us how this is different from current implementations of dual video outputs?

Gokul V Subramaniam: The Gen 11.5 display block gives us the ability to drive two native display pipes, and that was designed particularly to enable dual-screen PC designs. This is a very interesting space in terms of what it brings to the user. It creates a lot of new usage models; you have the flexibility to have the second screen as an input instead of using a fixed keyboard and mouse, or a book mode experience with both displays in portrait mode, or if both screens are used as displays, you could also have an external physical keyboard. Current devices don’t drive dual screens natively; we have additional conversion electronics that go on the board that end up creating performance, power, and board area challenges. When you have a small form factor, with two 8-inch or 10-inch displays, the real estate is less, and the performance requirements are different, based on low power needs.

Gadgets 360: We’ve seen ultra-portable Windows on ARM (WoA) laptops hit the market, promising high performance and low power consumption. Would you say that Lakefield will allow for competitive products? How do you see the two sides stacking up?

Gokul V Subramaniam: Lakefield provides a smaller package, [which results in] smaller board area. It helps OEMs innovate on form factor. In addition, we offer Intel X86 architecture, so the expectation is that Windows applications will run without the performance penalty associated with running non-native apps, and so users can run their favourite apps worry-free. Just as a reference, when you compare the Lakefield Core i5 with the Snapdragon 8CX, users can see 3.8X faster multi-threaded performance, 39 percent better multitasking productivity, and up to 20 percent faster browsing. Those are things that I would call out as key attributes of how Lakefield plays into that category of devices.

Could a pill made from gut bacteria treat Covid-19?

Redmi 9 Prime Launch on August 4: Here's What We Expect

ByteDance Said to Forgo Stake in TikTok to Clinch US Deal