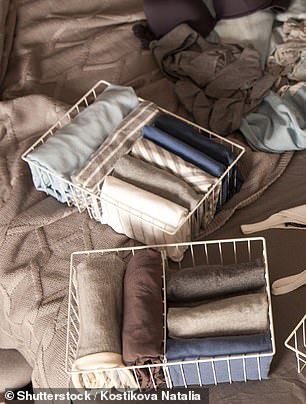 Tidying up: Should I cash in an old pension worth £600

I am tidying up my pensions as at 56 I need to be more organised with my finances.

I have come across a pension with £600 in that was paid in by my employer for the six months I worked there back in 2001. The pension is now closed.

My question is can I take the full amount out without incurring costs, or am I best leaving it with the company until I am 60?

Steve Webb replies: I’m delighted to hear that you are looking to get more organised with your finances.

Having a small pension pot from a previous job is a situation which is going to become increasingly common, so it is worth thinking about the pros and cons of accessing or transferring small ‘stranded’ pots like this.

Since 2012, ten million workers have been ‘automatically enrolled’ into workplace pensions. Very often, quite small amounts are going into these pensions.

If you then change job you may leave behind a relatively small pension pot of perhaps a few hundred or a few thousand pounds.

So, it is a good question to ask whether it is best to leave the money where it is, take it out, or combine it with other pensions.

In your particular case, the small pension pot was built up nearly 20 years ago, and things were quite different then.

Steve Webb: Find out how to ask the former Pensions Minister a question about your retirement savings in the box below

On the downside, pension charges were often much higher, whereas today’s ‘automatic enrolment’ pensions are capped at annual charges of no more than 0.75 per cent.

In addition, old pensions sometimes have ‘exit penalties’ which are a charge you would face if you tried to transfer your money out.

The first thing that you should do therefore is get some more information about your old pension. This would include checking how much they are taking out each year in charges.

If the annual charge is more than the charge on any current workplace pension that you are a member of, this might be one reason for thinking of transferring the money into your current pension.

Second, you should find out from the old scheme if there any charges specifically for taking the money out before retirement.

If so, the cost of paying the exit charge might be greater than the benefit of moving the pension pot.

A third thing to think about is how the money is being invested. Obviously, we are only talking about a few hundred pounds here, but in general when you are looking at old pensions it is worth checking that the money has been growing over time.

Sometimes it can turn out that money has been invested in high cost or low-return ways which means your money is not really working as hard for you as it should.

If this is the case, you could look at changing how the money is invested in the existing pension – although this might not be possible if it is closed – or you might consider this as another reason in favour of moving it to your current workplace pension if that is invested more productively.

For a larger pot, you would also want to check for any valuable ‘guaranteed annuity rates’ or other product features which were available on old pensions but are much rarer now.

These product features can mean that an old pot is more valuable then a modern pot of the same cash amount and should not be given up lightly.

For larger pots you also need to think how much tax you might have to pay if you took all the money out in one go, but this would probably not be much of an issue for a pot as small as yours.

In terms of taking the money out, whilst I can’t give you personal financial advice, a good question is always ‘why now’?.

If your money is being invested for you at a reasonable cost, unless you actually need the money now there is a good case for leaving it where it is (or moving it to another pension) rather than taking it out.

Although we are not talking about huge sums, obviously any money you take out at 56 is not available later in life when you might need it more.

But a lot depends on your circumstances. If, for example, you have debts on which you are paying a lot of interest, using a small pension pot to clear a high cost debt might make good financial sense.

All I would say is that ‘tidying things up’ would not usually be a good enough reason for taking money out of a pension.

You may be interested to know that the government recognises that millions of people having tens of millions of small pension pots scattered about the place is probably not very sensible.

A ‘small pots taskforce’ has been set up by the government to look into options and is expected to report back with some ideas soon.

He is ready to answer your questions, whether you are still saving, in the process of stopping work, or juggling your finances in retirement.

Steve left the Department of Work and Pensions after the May 2015 election. He is now a partner at actuary and consulting firm Lane Clark & Peacock.

If you would like to ask Steve a question about pensions, please email him at [email protected]

Steve will do his best to reply to your message in a forthcoming column, but he won’t be able to answer everyone or correspond privately with readers. Nothing in his replies constitutes regulated financial advice. Published questions are sometimes edited for brevity or other reasons.

Please include a daytime contact number with your message – this will be kept confidential and not used for marketing purposes.

If Steve is unable to answer your question, you can also contact The Pensions Advisory Service, a Government-backed organisation which gives free help to the public. TPAS can be found here and its number is 0800 011 3797.

Strong gains for sterling against the Dollar and the euro

WEST HAM deny there was an agreement with West Brom to ban Robert Snodgrass from playing against them. West Brom boss Sam…

Is December 9 the day Britain starts its Covid vaccination drive?

Statins work by reducing the amount of low-density lipoprotein (LDL) cholesterol in your blood. LDL cholesterol…