THE daughter of murdered PCSO Julia James has backed calls for a doorstep clap honouring cops on the case.

Kent Police have been investigating for almost a fortnight since the mum of two, 53, was bludgeoned to death while walking her dog.

She was found near her home in Snowdown.

Daughter Bethan Coles, 28, a police officer, added her voice to a plan for a minute’s clap in nearby Aylesham at 7pm today. 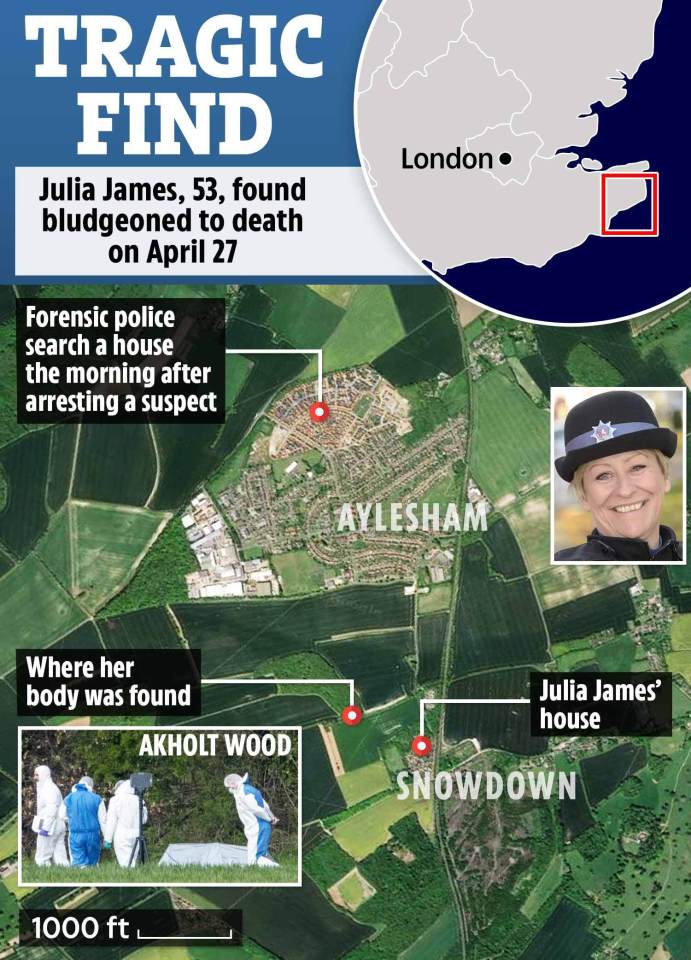 
Boris gives green light for fun with indoor pints, hugs & hols back on May 17

It would be similar to the applause for carers during the pandemic.

Bethan said on Facebook: “This is a lovely way to acknowledge the hard work and dedication of all officers involved.”

The time limit imposed on detectives questioning a suspect in his 20s was due to expire last night.