Mother of six who is the Queen of M&A: Karen Cook to pocket another big cheque after leading sale of RSA

City superwoman Karen Cook will pocket another bulging pay cheque after leading the sale of RSA.

The mother of six, who has played a part in a host of major UK takeover battles in recent decades, led the Goldman Sachs team advising the British insurer as it was bought by Canada’s Intact and Denmark’s Tryg for £7.2billion.

It has been a busy few months for 67-year-old Cook, the only daughter of a car mechanic. 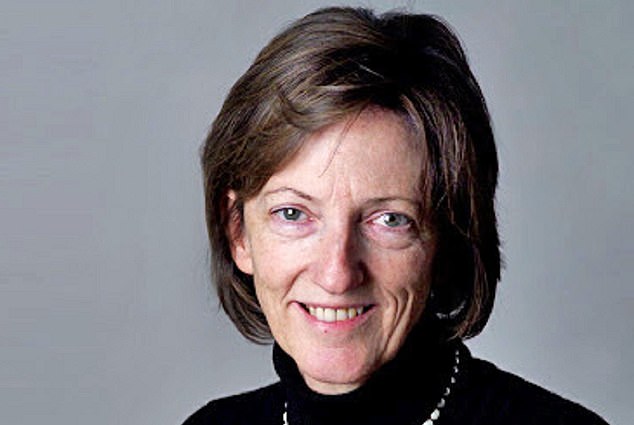 Karen Cook led the Goldman Sachs team advising the British insurer as it was bought by Canada’s Intact and Denmark’s Tryg for £7.2bn.

While the pandemic has caused thousands of workers to lose their jobs, bankers have been benefiting from a deal-making spree.

Unlike the financial crisis of 2008-09, which rocked the banking world to its core and left investors scrambling for cash, this crisis has seen cash-rich private equity firms and overseas corporates keen to snap up a bargain.

It has led to a reunion of top advisers whose names were frequently littered over offer documents in the deal-making heyday of the mid-2010s.

Simon Robey, 60, and Simon Warshaw, 55, who run boutique advisory firm Robey Warshaw, worked alongside Cook on the RSA sale and the Centrica deal.

Cook, who is married to fellow banker Patrick Drayton, has made herself invaluable to her employers at Goldman.

As chairman of its investment banking division, the London-based banker is one of Goldman’s most senior women and has an enviable book of clients.

She bagged her firm a role in the £49billion sale of BG Group to Shell in 2015, and a year earlier helped Astrazeneca fend off a hostile bid from US rival Pfizer.

And her presence at the top of a high-powered investment bank is still unusual – the industry is dominated by men due to its vestiges of sexism, brash culture and long working hours, which deter many mothers.

While other female City figures have chosen to court publicity – the likes of Helena Morrissey and Nicola Horlick have spoken out about encouraging more women into financial services – Cook has remained resolutely out of the public eye during her two decades at Goldman.

But in the boardroom, she is ‘not afraid of speaking her mind’, according to colleagues.

Cook is reported to be fiercely loyal to clients and her employer, and a stellar long-term strategist.

She has also held directorships at Tesco and Dixons.

She began her career in the Foreign Office, but quit after finding it too bureaucratic. She completed a Master’s degree at the University of Manchester before joining investment house Schroders in the 80s.

The ailing franchise has been battered by the pandemic, with Tory MP Huw Merriman, who chairs Parliament’s Transport Committee, this week warning…

KATIE Price has revealed the terrifying moment armed police were called after her son Harvey refused to leave an aeroplane. The disabled…

The ailing franchise has been battered by the pandemic, with Tory MP Huw Merriman, who chairs…

The statement said: “With profound sadness, Ora Media announced the death of our co-founder, host, and…