KEIR Starmer’s leadership of Labour is in chaos today after a botched reshuffle left his authority in tatters and his top team at war.

An extraordinary briefing war broke out between him and his deputy Angela Rayner after his attempt to fire her spectacularly backfired.

Sir Keir Starmer’s leadership of Labour is in crisis[/caption]

After 24 hours of total chaos Sir Keir was forced to back down from plans for a total overhaul and make largely cosmetic changes to his shadow cabinet.

The episode, coming on the back of some disastrous results in last Thursday’s elections, has left his leadership holed below the waterline.

And today Manchester’s mayor Andy Burnham had to issue an extraordinary plea for different factions within Labour to stop the public mudslinging.

Asked about the botched reshuffle, he said: “I didn’t like the way that was handled, I’ll be honest.

“I don’t think the way Angela was treated was right. But it’s been resolved and we move on from this morning. There’s a shadow cabinet in place now.

“Labour needs to move on from the left and the right conducting this civil war within, focus on delivery now and making change happen.

Allies of the deputy leader claim Sir Keir tried to make her a “scapegoat for the failures” of his own team after last week’s election results.

He is said to have pulled her aside yesterday morning while she was preparing for a TV interview and told her she was being demoted.

Party sources told Politico that he wanted to move her to the health brief currently occupied by Jonathan Ashworth.

But she is said to have refused to budge during the short conversation, and started rallying support from allies.

As anger mounted over her treatment Sir Keir was forced to back down and keep her on as deputy leader, while also handing her new responsibilities.

He even invented a new 24-word title for her as “Shadow Secretary of State for the Future of Work”.

Ms Rayner’s allies say she has emerged “significantly more powerful both in terms of the party and policy”.

She previously held several frontbench roles under Jeremy Corbyn and is seen as a major representative of the Left at the top of the party. 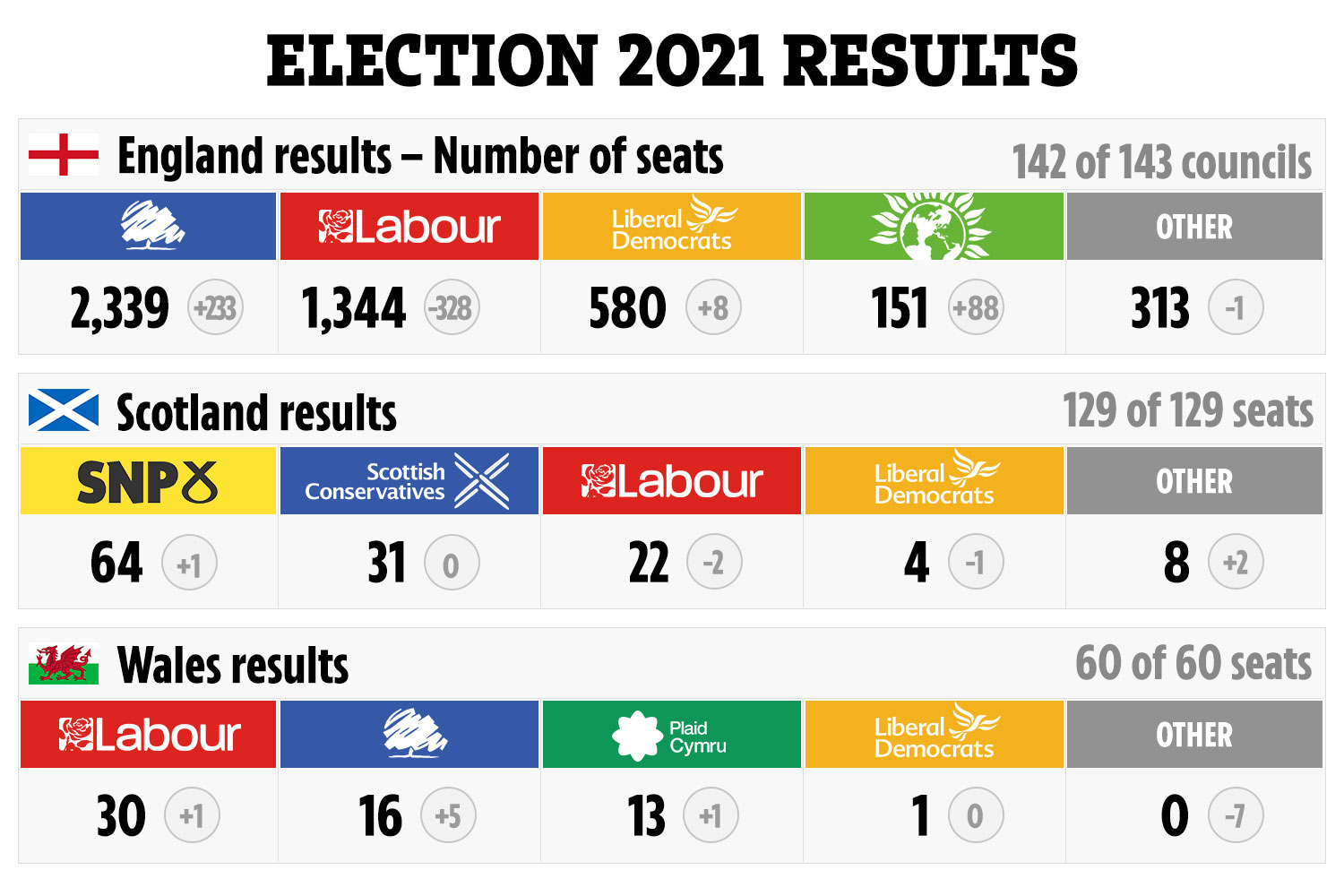 But sources close to Sir Keir have disputed claims about how senior his deputy now is, and say she blew his reshuffle plans out of all proportion.

Veteran Labour MP Diane Abbott said the party leader had been “foolish” to try and get rid of her.

She said: “They tried to sack Angela Rayner in order to make her carry the can for the poor results at the weekend.

“They didn’t seem to realise that because she’s an elected deputy leader, you can fiddle around with her title, but you can’t sack her.

“She remains a senior person in the shadow cabinet. It was a foolish thing to even think about.”

The full list for the Labour shadow cabinet reshuffle:

– Anneliese Dodds has replaced Angela Rayner as the party chair.

– Thangam Debbonaire has replaced Valerie Vaz as shadow leader of the House of Commons.

– Wes Streeting’s role as shadow minister for schools has been changed to child poverty secretary.

– Angela Rayner, who is deputy leader of the Labour party, has become shadow first secretary, shadow chancellor of the Duchy of Lancaster (taking the role from Rachel Reeves) and shadow secretary for the future of work.

In total just seven changes were made to Labour’s top team – most of them minor.

Anneliese Dodds, who failed to make an impact as shadow chancellor, was demoted to party chair and replaced by Rachel Reeves.

Rishi Sunak thanked his outgoing counterpart for being “thoughtful and constructive” during “an incredibly tough year”.

Valerie Vaz was dispensed with as shadow leader of the Commons, to be replaced by Bristol MP Thangam Debbonaire.

And there were three promotions – Shabana Mahmood is now campaign coordinator and Lucy Powell has taken on the job as shadow housing secretary.

Meanwhile, Wes Streeting’s child poverty portfolio has been beefed up to become a shadow cabinet role.


Man charged with attempted murder after boy, 9, stabbed by stranger in street


Son, 6, who was meant to be with mum killed in crash told 'she's an angel'

WHALE OF A BATTLE

KICK UP A STORM

Announcing the changes, Sir Keir said: “The Labour Party must be the party that embraces the demand for change across our country.

“That will require bold ideas and a relentless focus on the priorities of the British people.

“Just as the pandemic has changed what is possible and what is necessary, so Labour must change too.”

Queen laughs out loud at her own age during hilarious video chat – 'That's terrible!'

The Amber warning reads: “Some very heavy rain will occur during Wednesday evening and night, with…

THOUSANDS of pounds of taxpayers’ cash is being spent on luxuries such as National Trust passes,…