ARE you ready for Super Thursday? I know I am.

Local elections can be rather boring affairs but this week’s look set to put another rocket up British politics.

It’s an election bonanza. An astonishing 5,000 local council seats are up for grabs, including hundreds of seats across the “Red Wall”, Labour’s old heartlands.

This is the first real opportunity to gauge the public mood there since Boris Johnson blew the Red Wall apart in 2019.

That is why I will be doing an all-nighter and keeping a close eye on Northern metropolitan councils such as Barnsley, Doncaster, Dudley and Rotherham.

If you see Conservatives doing well in places like these, it is a sign some of the Labour Party’s big beasts, such as Yvette Cooper and Dan Jarvis, could be in trouble come the next general election.

If the struggling Sir Keir Starmer fails to turn the ship around in these areas, then it will not only tell us that Johnson is successfully holding the Red Wall but that he could even open up another flank in his invasion of the North, pointing to him winning ANOTHER election.

Here is a key point many people miss: Because Labour’s loss in 2019 was so devastating, there are now three dozen Labour seats hanging by a thread where once-large majorities have been slashed.

If the Tories do well in these areas this week, it is a big, flashing sign they could tear down an even larger Red Wall at the next election.

Here is the blunt reality: Unless Labour start to win back England, where they have not won the popular vote since 2001, they have no hope of taking power.

Some of the Labour Party’s big beasts, such as Yvette Cooper, could be in trouble come the next general election[/caption]

Don’t forget, Labour have lost not one Red Wall but two.

While they got clobbered in northern England in 2019, they have also been blown off the map in Scotland.

On Thursday, they will be looking for any sign of recovery north of the border.

If Nicola Sturgeon and the SNP win a majority, it could be game on for a second referendum on Scottish independence.

If not, listen out on Friday for cries that ambitions for independence are over for a generation.

While Sadiq Khan will likely cruise to re-election as London Mayor, his victory will also reflect a weakness for Labour.

One such place is the historic Labour fiefdom of Hartlepool, where there is a critical by-election tomorrow.

You have to go all the way back to 1959, before the current seat was created, to find the last time people there elected a Conservative.

If the Tories scalp this seat, it will give us yet more evidence that Labour’s bond with blue-collar Britain is fundamentally broken — and pile further pressure on Starmer, who is already under immense pressure from the radical left of his party.

In the polls, Starmer’s approval ratings look dodgy — to say the least.

If Nicola Sturgeon and the SNP win a majority, it could be game on for a second referendum on Scottish independence[/caption]

While Sadiq Khan will likely cruise to re-election as London Mayor, his victory will also reflect a weakness for Labour[/caption]

This week they were at their lowest yet and when people were asked who would make the best PM, he trailed Johnson by 15 points.

Something, somewhere, isn’t going right for Starmer, which is why a disappointing set of results this week would give his critics a lot more ammunition.

So put on your seatbelt. The ride is about to get rocky.

Tories to 'Pool off historic win? 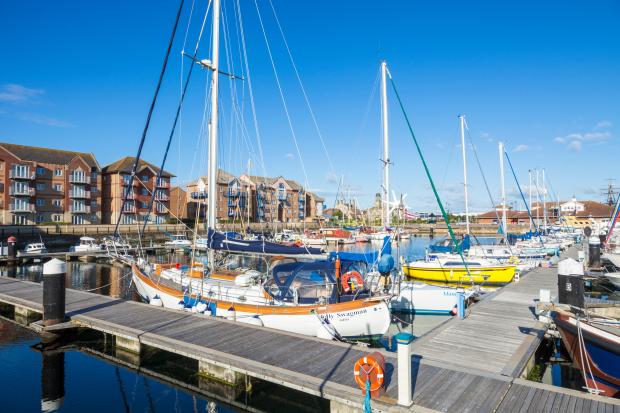 THERE is a saying in Hartlepool: “You could put a monkey in a red rosette and they would win round these parts.”

The town even elected a monkey mascot as its mayor in 2002 – but that’s another story.

This proud North East port town has always had a Labour MP. As much of the Red Wall crumbled, it clung on.

But today it is hard to find someone who doesn’t want to pour a bucket of cold sick over Labour.

Retired bus driver Ray McGeery, 72, told me the town is “desperate” for a change.

He said: “Labour has been in control in Hartlepool for 50 years. What have they done for the place? I am not saying the Conservatives are the best thing since sliced bread. But a change could be better.”

Local John Stokoe adds: “I used to be a Labour voter but I changed after they stabbed us in the back over Brexit.”

As I stop voters in the wind and rain, it is the same story time and again: Labour voters, like their parents before them, fed up at the boarded-up shops, the crime and lack of jobs.

The Marks & Spencer in the shopping centre is closed, the hospital stripped of its A&E department.

Locals see Tees Valley mayor Ben Houchen and his fellow Tory MPs winning more cash and jobs for their areas and think: “We want a slice of that.”

This is Brexit country. But Labour’s candidate is arch Remainer Dr Paul Williams.

He tells me he “doesn’t want to go back into the union” now and insists Jeremy Corbyn was a bigger problem for Labour.

The party is under “new management” he shouts over blustery winds. But as one local says: “Boris got Brexit done.”

When the PM dropped by the town this week, it was a ­whirlwind of selfies and elbow bumps. There were three words on his lips, “Vote for change.”

Maybe this time Hartlepool will.

US Says "No Hostile Intent" Towards North Korea, Still Ready For Talks

FORTNITE servers are down for scheduled maintenance right now, but there’s a ton of stuff to look forward to. The game’s servers…

Every Debenhams store in the UK shut for good earlier this year after a drastic decline in profits. The company was bought…

FORTNITE servers are down for scheduled maintenance right now, but there’s a ton of stuff to…