MARCELO BIELSA has demanded Premier League chiefs block fans returning to grounds until all 20 top-flight clubs can reopen their turnstiles.

Under the new Covid tier system, HALF of Prem clubs will still not be allowed supporters from Wednesday, while the other ten can have 2,000.

Leeds are in Tier 3 and must keep fans locked out – with boss Bielsa saying: “If fans are not allowed in all stadiums, then they should not be allowed until everyone can.

“Clubs shouldn’t have  to deal with the  consequences of being in a category. It should be about trying to maintain the competition as equally as possible.”

Arsenal will become the first Prem team to welcome fans back since March when they host Rapid Vienna in the Europa League on Thursday.

While West Ham’s Prem clash with Manchester United next Saturday is set to be the first top-flight match with fans since the Covid lockdown.

Bielsa believes the system will warp the league and mean an unequal playing field weighted in favour of those teams — in London, Merseyside and on the south coast — that can have crowds.

He added: “The presence of fans has an effect on the result.

“Places with a higher risk of infection will be penalised but they should not be punished for that.”

Bielsa’s assessment was backed by Newcastle boss Steve Bruce, whose fans must also stay at home. 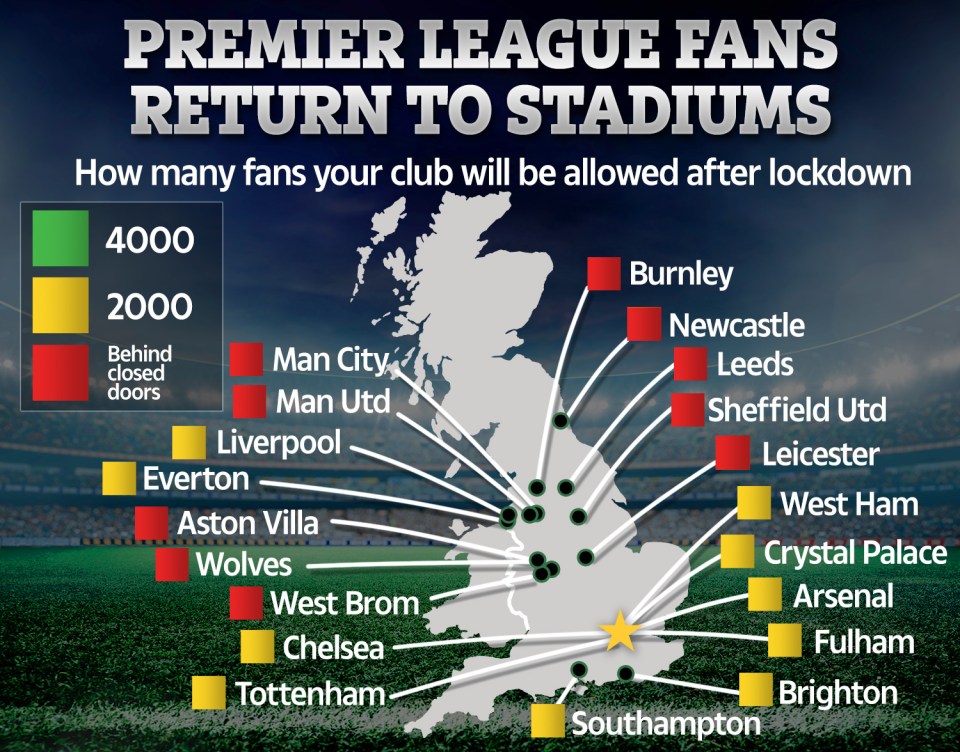 CRY FOR ME ARGENTINA

Bruce said: “Being in Tier 3 is a kicking. It will give the Liverpool and London clubs an advantage.”

But Crystal Palace chief Roy Hodgson does not see any advantage.

He said: “I don’t honestly think the 2,000 fans are going to be able to create enough problems to disturb the away team.”

But a spokesman said: “We continue to work on a roadmap for pilot events that can help clubs scale up to larger capacities.”