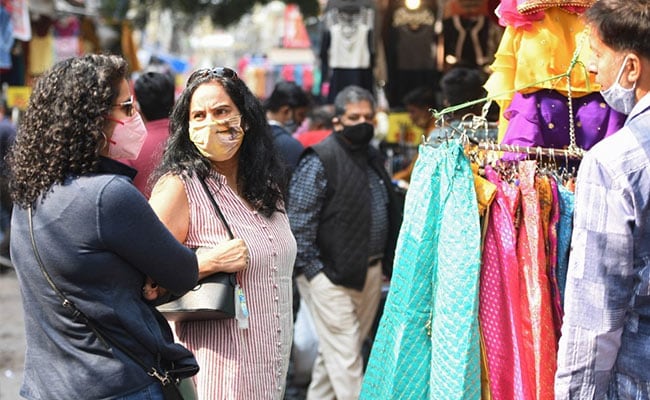 Simply wearing a face mask may not protect you from catching the novel coronavirus, that causes COVID-19, if you are not maintaining physical distancing, according to a study.

The research, published in the journal Physics of Fluids, tested how five different types of mask materials affected the spread of droplets that carry the SARS-CoV-2 virus, when we cough or sneeze.

All the material the researchers tested dramatically reduced the number of droplets that were transmitted.

However, enough droplets to potentially cause the viral illness still made it through several of the materials when physical distance was less than six feet, they said.

“A mask definitely helps, but if the people are very close to each other, there is still a chance of spreading or contracting the virus,” said Krishna Kota, an associate professor at New Mexico State University in the US.

“It’s not just masks that will help. It’s both the masks and distancing,” Mr Kota added.

The researchers developed a machine that uses an air generator to mimic human coughs and sneezes.

The generator was used to blow tiny liquid particles, like the airborne droplets of sneezes and coughs, through laser sheets in an airtight square tube with a camera.

They blocked the flow of the droplets in the tube with five different types of materials — a regular cloth, a two-layer cloth mask, a wet two-layer cloth, a surgical mask, and a medical-grade N-95 ventilator.

The researchers noted that at distances of less than six feet, even those small percentages of droplets can be enough to get someone sick, especially if a person with COVID-19 sneezes or coughs multiple times.

According to the researchers, a single sneeze can carry up to 200 million tiny virus particles, depending on how sick the carrier is.

They noted that even if a mask blocks a huge percentage of those particles, enough could escape to get someone sick if that person is close to the carrier.

“Without a face mask, it is almost certain that many foreign droplets will transfer to the susceptible person,” Mr Kota said.

“Wearing a mask will offer substantial, but not complete, protection to a susceptible person by decreasing the number of foreign airborne sneeze and cough droplets that would otherwise enter the person without the mask,” he said.

More than 10 million people in the U.S. have received a COVID-19 vaccine booster

COVID-19 Vaccines May Protect Against Other Coronaviruses Too: Study

TODAY The Sun urges all readers to put rocket-boosters under the stuttering jabs rollout. Nothing is more vital to save lives and…

FORMER smokers who switch to e-cigs are more likely to relapse inside 12 months than those who completely kick nicotine, research shows.…

TODAY The Sun urges all readers to put rocket-boosters under the stuttering jabs rollout. Nothing is…

More than 10 million people in the U.S. have received a COVID-19 vaccine booster

More than 10 million Americans have received boosters shots since they became available in the U.S.…