MIKEL ARTETA is set to be given a bumper January war chest to turn around Arsenal’s horror start to 2020-21.

Gunners chiefs have been vocal in their support of the under-pressure Spaniard in recent weeks.

And despite fears Arsenal are slipping into a barely-believable relegation battle, Arteta is set to be backed with a cash injection in January.

The former Manchester City No2 is the favourite is the bookies’ favourite to be the next Premier League chief to be sacked.

Arsenal are currently enduring their worst start to a season since 1974-75 and most-recently slumped to a 2-1 loss to Everton.

The result left them 15th in the Premier League with their lack of creativity and goals a major concern.

Incredibly, Arsenal have scored as many own goals in the last seven games as they have at the right end.

Now chiefs want to hand Arteta a huge transfer kitty to bring reinforcements to the club in January before it’s too late, according to the Daily Mail.

The priority is still believed to be a midfielder to create chances for Pierre-Emerick Aubameyang and Co.

Thomas Partey was brought in from Atletico Madrid in the summer and performed admirably before getting injured. 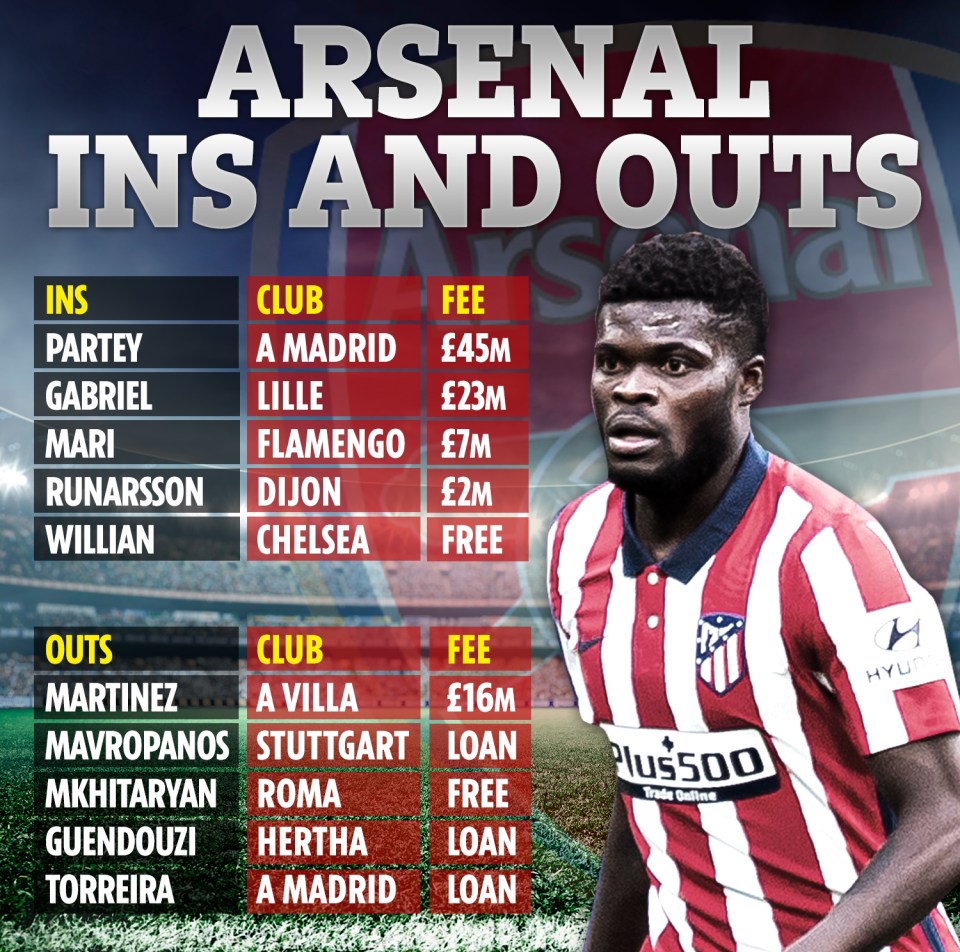 But the rest of the Gunners midfield has looked lacklustre, with the team starved of a creative spark.

Arteta will hope any potential new signing will help the squad gel together, with reports claiming some senior stars are unhappy and creating factions in the dressing room.

Arsenal had targeted RB Salzburg star Dominik Szoboszlai but the Hungarian has agreed to join RB Leipzig in January.

The North Londoners have also been linked with the likes of Houssem Aouar and Maxi Gomez.

Arteta will have to work his magic in the transfer window if the club are to escape their relegation battle.

Match of the Day pundit and Premier League legend Alan Shearer tipped them for relegation on Saturday night.

Asked if the club will stay up, Shearer replied: “I wouldn’t be so sure.

“Not with that starting team and the attitude of some of those players.

“Awful, no creativity, players going through the motions, not working hard enough and not closing down.

“Mikel Arteta should be a worried man relying on that group of players trying to save his job.”

Adams suggested Arsenal wouldn’t be in this situation under Arsene Wenger, while slamming the ‘poor’ move to sign Willian in the summer.

Meanwhile, Wright said: “I think with the current players he’s got – I’m not saying Arsenal are going to go down, of course I’m not saying that – if you can’t arrest that slide, you will get dragged in.”

HAMISH MCRAE: Bumpy autumn will cost the Government money, but the Chancellor would be wrong to base his fiscal policy on short-term…

THE T20 World Cup is underway in the Middle East. Initially scheduled for India, the tournament has been moved to the United…

Like So Much Else, Visits With Santa Go Virtual Due To Covid

What time is the winter solstice Great Conjunction on December 21?

HAMISH MCRAE: Bumpy autumn will cost the Government money, but the Chancellor would be wrong to…

THE T20 World Cup is underway in the Middle East. Initially scheduled for India, the tournament…

Dog the Bounty Hunter update – Brian Laundrie’s sister Cassie is ‘HIDING something’, Dog fears after he went to her home

DOG the Bounty Hunter thinks Brian Laundrie’s sister Cassie is hiding something, and he tried discussing…