PANIC-BUYING Brits have snatched Yorkshire puddings out of trolleys as shoppers began queuing at 6am today amid fears of a food shortage.

Shoppers are worried that border closures will leave them without a holiday feast with Christmas just days away.

Queues all round the car park at our local @waitrose in Beckenham. It’s 7.37am. #COVID19 #Christmas2020 pic.twitter.com/86tawaXBSn

People queue outside a Waitrose in Balham, London[/caption]

Despite Boris Johnson telling people to “shop normally”, keen customers queued up outside supermarkets across England from the early hours this morning.

Aldi shopper Lucy Smith, 27, said she managed to pick up a four-pack of Yorkshire puddings at the Burpham, West Sussex store.

She told The Times: “But as I made my way through the store somebody took them out of my trolley.”

Shoppers took to social media to share their experiences of the chaos.

Peter Bently wrote: “Queues all round the car park at our local Waitrose in Beckenham. It’s 7.37am.”

Peter Reynolds was shocked at the queues outside his local Tesco supermarket this morning.

Another shopper wrote: “Queues outside Morrisons at 6am and even longer queue of around 100 people outside Waitrose after that.

“Utter madness. Kicking myself for not doing a food order weeks ago.”

Adrian Brown arrived at his local Tesco in Sunbury, Surry at 6.20 this morning, and only just managed to avoid having to queue outside.

Another shopper tweeted that there were were still queues to get into their local Marks and Spencer, and Tesco at 10.45 last night.

Meanwhile, a supermarket bouncer claims frenzied Covid panic buyers have threatened him with knives, syringes and even a leg of lamb, as Tesco admit they have seen an “increase in violence”.

Paul Eite says he has been repeatedly threatened with weapons while on duty outside a Tesco store in Portsmouth.

Shoppers have queued from early this morning[/caption]

The 43-year-old claims frenzied shoppers acted like they were “high on cocaine” and his team had a leg of lamb and a mountain bike thrown at them, while he was slashed with scissors.

Paul has years of experience running security in pubs and bars, but said nothing prepared him for the behaviour of some struggling to accept Covid rules.

Tesco said they had seen an increase in violent and aggressive behaviour towards their colleagues and security officers in recent months and “do not tolerate abusive behaviour of any kind”.

Yesterday, Mr Johnson said the “vast majority” of food and medical supplies are unaffected by France’s ban on all travel to and from Britain including freight.

France banned British lorries from travelling to and from the country on Sunday night, issuing a blockade for 48 hours due to the mutant Covid strain.

The Prime Minister tried to ease fears, reassuring the public that there was no need for the panic-driven demand on supermarkets.

Mr Johnson said: “It is vital first to stress that these delays – which are only occurring at Dover – only affect human-handled freight, and that is only 20% of the total arriving from or departing to the European continent.”

He added: “These delays only apply to a very small percentage of food entering the UK, and as British supermarkets have said, their supply chains are strong and robust, so everyone can continue to shop normally.”

Shoppers were also seen panic-buying and queueing outside shops yesterday.

Sainsburys and Tesco both said they have enough food for customers over Christmas, but warned of potential shortages of items like lettuce, cauliflower and citrus fruits if the freight ban continues. 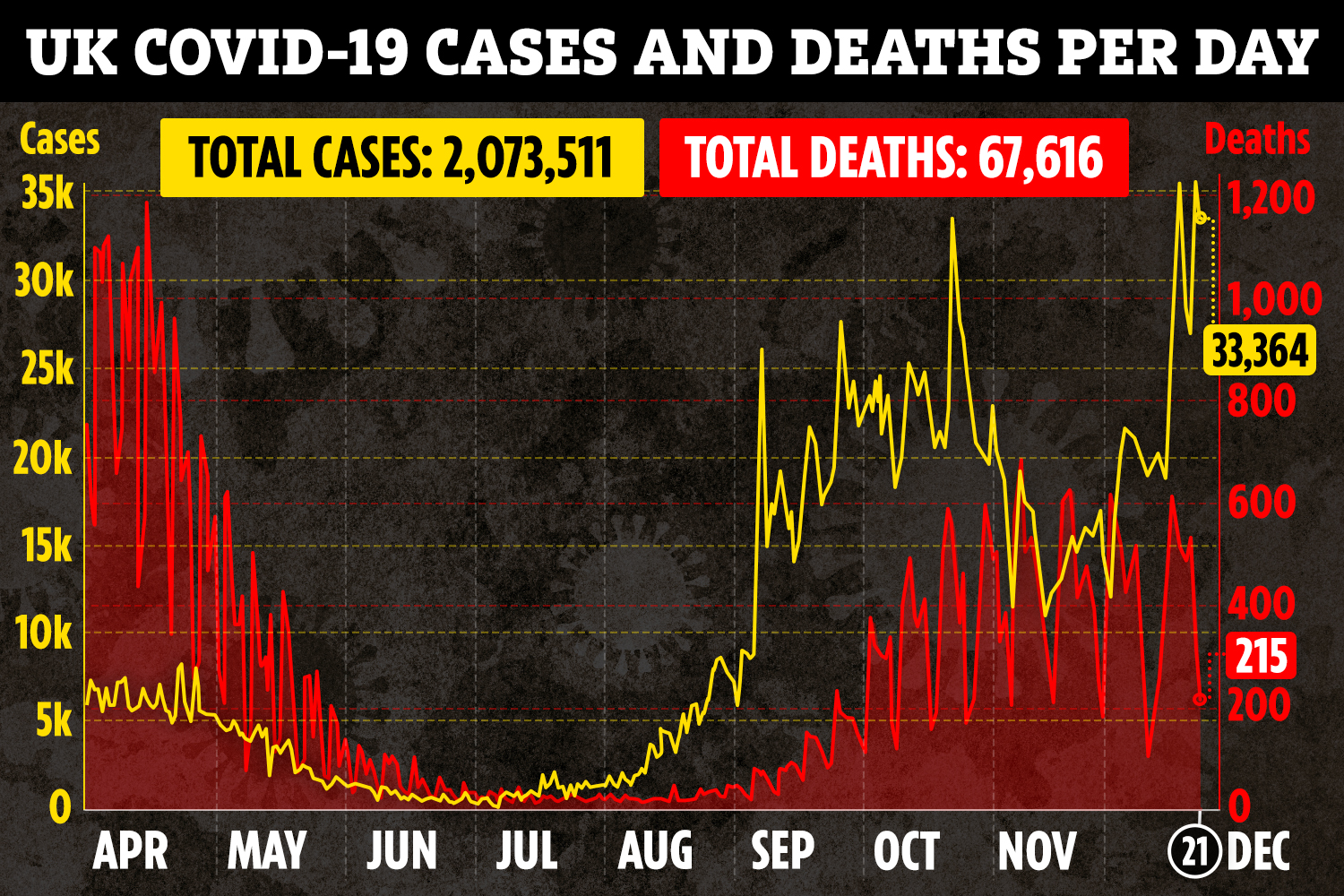 Each star sign in the zodiac has different qualities, needs, and desires when it comes to finding love and being in love.…

COSTA has launched its Christmas menu for 2021 – and it includes a pigs in blankets panini and Quality Street flavoured lattes.…

Horoscope today, Thursday October 21: Daily guide to what your star sign has in store for your zodiac dates

Each star sign in the zodiac has different qualities, needs, and desires when it comes to…

Horoscope today, Thursday October 21: Daily guide to what your star sign has in store for your zodiac dates

'It is inevitable!' Industry leaders warn road tax could be introduced to fund net zero

Speaking before the Commons Transport Committee, representatives from the Road Haulage Association and British Vehicle Rental…