REAL MADRID president Florentino Perez has once again called for the formation of a European Super League.

The prospect of Europe’s elite clubs breaking away from their respective divisions to form a ‘Super League’ has been mooted for several years now.

And in October, SunSport revealed Premier League big boys Manchester United and Liverpool are in favour of the ESL, which would effectively replace the Champions League.

While a league formed of Europe’s best has been welcomed by many eager to see the powerhouses regularly play one another, the financial ramifications of such a competition have sparked serious cause for concern.

Although the departures of the Premier League, Bundesliga, Serie A and La Liga’s big teams would pave the way for new champions, their exits would result in significantly fewer people viewing the leagues.

That, in turn, would have a knock-on effect on the teams left behind, with TV and sponsorship deals likely to decrease.


Get the lowdown on the Marcus Rashford's girlfriend Lucia Loi

Clubs across the globe have already suffered huge financial losses this year due to the coronavirus pandemic.

And Perez believes now is the ideal time to consider laying the foundations for the long-proposed breakaway league.

He said: “Things will never be the same again. The coronavirus pandemic has changed everything.

“It has made us all more vulnerable and that includes the football world. Football needs formulas to make it more competitive and exciting”. 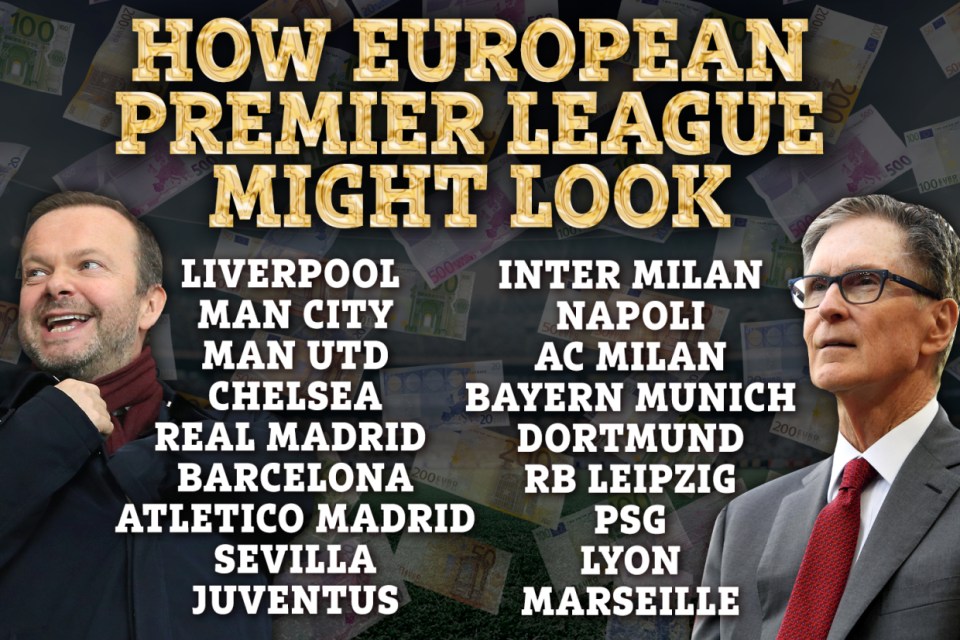 “This club has been a part of every innovation and has protected these innovations in our sport. It was the only club to be a founding member of FIFA in 1904, together with seven national federations.

“In 1955, L’Equipe and Real Madrid were the driving forces behind the creation of the European Cup – a revolutionary moment that changed the history of the game.”

“Without all these changes, football wouldn’t have become what it is today – and we need a new change. Football has to face up to this new period.

“Reform of the game cannot wait; we have to tackle it. We have the responsibility to fight for this change.”

One man who disagrees with Perez’s stance on the ESL is former Arsenal boss Arsene Wenger, who reckons it would have a catastrophic effect on the Premier League.

“For them, the best thing to do that is to create a European League, which would basically destroy the Premier League.

“So if they get the agreement from the big English clubs, it would happen.”

Sainsbury’s stopped selling fireworks in 2019 and has now confirmed its decision to keep the ban in place. The supermarket chain has encouraged other retailers…

As the weather becomes damp and wet, males are given the cue to find a mate in warm, dry homes around the…

Trump wants an airport named after him when he leaves office, report claims

Sainsbury’s stopped selling fireworks in 2019 and has now confirmed its decision to keep the ban in place. The…

As the weather becomes damp and wet, males are given the cue to find a mate…

What’s the difference between a medical examiner and a coroner?

WHEN it comes to death, there are certain people responsible for determining things such as cause…