Rob Lewis isn’t just trying to rake in extra cash this Christmas when he urges people to buy his karaoke-cum-quiz service Roxi.

The music entrepreneur has a goal: he wants to bring families together again at the end of this most difficult of years, tearing children from their iPads and teenagers from their headphones and reuniting households over a shared love of music.

It’s not hard to believe that the 51-year-old, a serial entrepreneur who managed to get pop legend Kylie Minogue to feature in Roxi’s TV adverts as a favour, could manage such a feat. 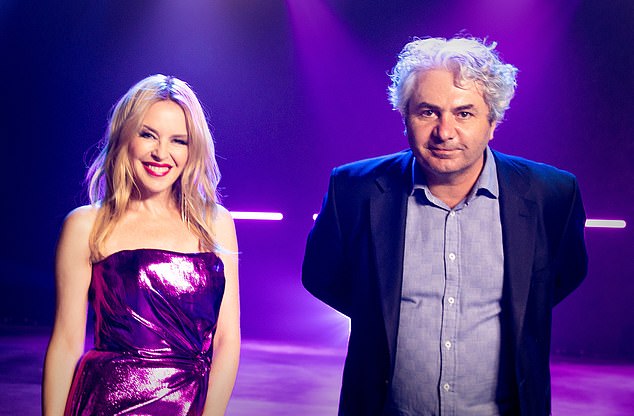 Roxi’s popularity is already taking off – Lewis says its boxes are ‘flying off the shelf’ in the run-up to Christmas.

Customers can either buy the Roxi box to plug into their TV, or download the app on their smart TV. A subscription to its music services costs £6.99 per month.

It has a library of 55m songs, each accompanied by videos, which can be streamed over the internet and played through the TV. But where Roxi really comes into its own for entertainment is that it can also be used as a karaoke machine, an interactive quiz game, and a yoga and meditation instructor.

Roxi investors include the likes of Kylie, Robbie Williams, former U2 manager Paul McGuinness and Formula One legend Ron Dennis. It has even managed to tempt private equity veteran Guy Hands, whose fingers were burnt during his disastrous takeover of record label EMI, back to the music world. Hands – who Lewis describes as an ‘absolute karaoke nut’ – recently bought a significant stake.

He says: ‘Our ultimate goal when we started Roxi was, can we build a music experience that brings people together again? In too many homes we have got kids sitting alone in their rooms with their headphones on and families not spending enough time together.’

Lewis started Roxi in 2014 with £2.5m of his own money that he’d made through previous entrepreneurial ventures.

But as the service was rolled out, and he needed more money to fund its growth, it wasn’t hard to find willing investors.

‘There are a lot of people who are concerned about how much solitary screen time their kids are getting,’ he explains. ‘So we picked up quite a lot of investors along the way who were not only excited about the product and the growth opportunities, but they thought it was going to make the world a better place.’

It helps that Lewis has an enviable contacts book, built up through years of launching and building businesses. His first venture was launching his own student newspaper while studying economics at Cambridge University.

Then, at 23, the business magazine he founded after leaving higher education was snapped up by publishing tycoon Felix Dennis.

Lewis admits that luck, along with graft and self-criticism, has played a big part in his success. Soon after selling to Dennis, during drinks at the pub, he happened to be introduced to ‘a chap with a long ponytail who drew lots of pictures of computers talking to each other’. That man turned out to be one of the scientists working with Sir Tim Berners-Lee in Switzerland on the building of the World Wide Web, effectively founding the internet as we know it.

Inspired by this meeting, Lewis became convinced that the future of business was online.

He went on to co-found businesses such as IT news site silicon.com, which was bought by venture capital investors, and Omnifone, one of the first music streaming services that teamed with Vodafone to allow customers to listen to music on their phone before the days of smartphones. Omnifone’s technology was eventually bought by Apple. 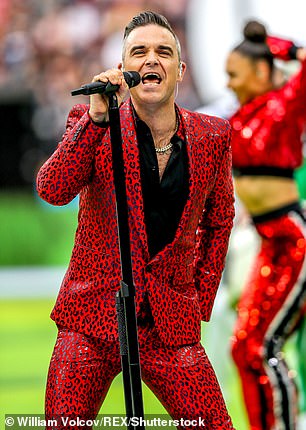 Let me entertain you: Robbie Williams is a Roxi investor

Lewis also credits his parents, who brought him up in west London, with instilling an entrepreneurial spirit in him.

His father, who died earlier this year, worked for the Greater London Council and he took delivery of one of the first ever computers in the UK. He was the first person in the world to computerise a fire brigade, undoubtedly saving lives with the efficiency this brought.

And Lewis’s mother was an architect who came to establish her own practice – despite the fact that she began her career at a time when men were paid during their first training job, while women were expected to fork out for the privilege of working.

Though Lewis has undoubtedly been successful, he still harbours ambitions. ‘As a country we use a lot of US tech companies – Google, Amazon and so on. Increasingly that means, especially since many are not paying their fair share of tax, that we are being colonised,’ he says.

‘I think it’s very important that we in the UK are leaders in some of the digital space. Sadly many companies get gobbled up by the US and I think Roxi has a chance to become a real UK success story. I’ve sold out before, and it just leaves you feeling a bit cheap and empty.’

When addressing Roxi’s future, Lewis declines to comment on the more specific comments from industry sources – namely that it is planning to float on the London Stock Exchange in early 2022 for around £250m.

But he does admit that he wants to list Roxi on the London stock market. He hopes that many private investors and savers will follow in the footsteps of Robbie, Kylie and former Strictly winner and judge Alesha Dixon, and buy in when the company floats.

For those hoping to bag a piece of the British firm: watch this space.

STRICTLY winner Kelvin Fletcher revealed that he’s been struggling to find work after being rejected for 10 roles. The ex Emmerdale star,…

STRICTLY winner Kelvin Fletcher revealed that he’s been struggling to find work after being rejected for 10 roles. The ex Emmerdale star,…

What is Kourtney Kardashian’s net worth?