The feared discovery comes after similar supercharged variants of the deadly virus were recorded in Britain and South Africa.

John Nkengasong, head of the Africa Centres for Disease Control and Prevention, revealed the existence of the new P681H strain today.

He told reporters it is different to the strains recently discovered in the UK and South Africa.

Earlier we told how one person in London and another in the North West of England have caught the new coronavirus variant from South Africa.

That strain – known as 501.V2 – has been blamed for the surge of a second wave in South Africa, with upwards of 9,000 cases recorded per day.

Medics do not currently believe the new strain in Nigeria is more infectious than previous strains, but Dr Nkengasong admitted it was too early to be sure.

The alert about the apparent new variant was based on two or three genetic sequences, he said, but that and South Africa’s alert late last week were enough to prompt an emergency meeting of the Africa CDC.

It was found in two patient samples collected on Aug. 3 and on Oct. 9 in Nigeria’s Osun state, according to a working research paper seen by The Associated Press. 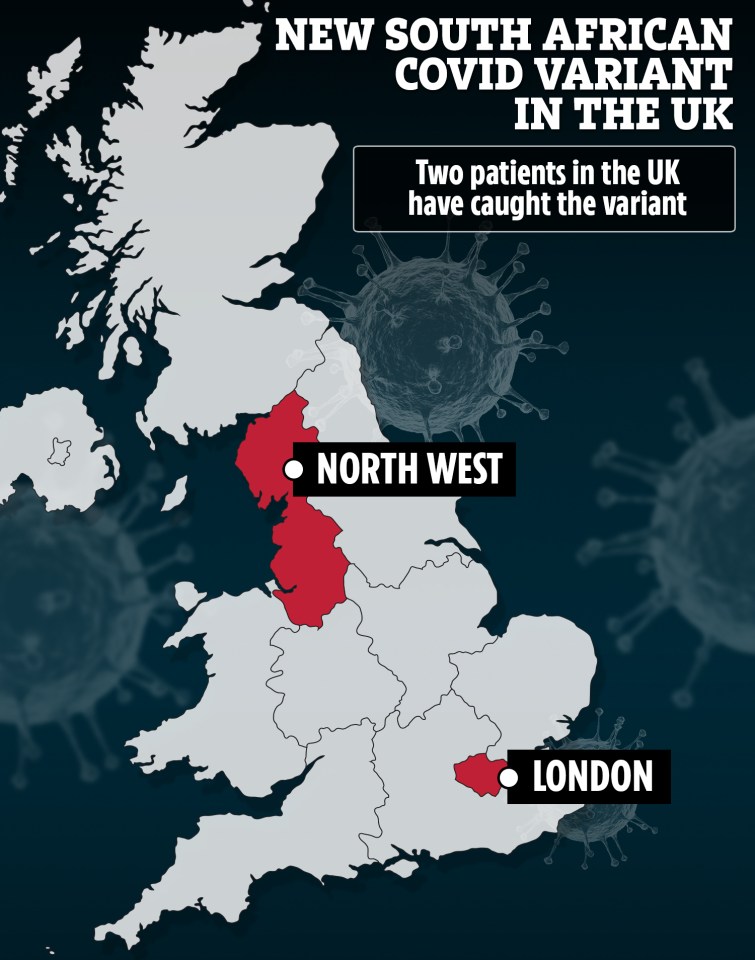 “Unlike the variant seen in the UK, we haven’t observed such rapid rise of the lineage in Nigeria and do not have evidence to indicate that the P681H variant is contributing to increased transmission of the virus in Nigeria,” it read.

“However, the relative difference in scale of genomic surveillance in Nigeria vs the U.K. may imply a reduced power to detect such changes.”

The news comes as infections have started to surge once more in parts of the African continent.

The new variant in South Africa is now the predominant one there, Nkengasong said as infections in the country approach the one million mark.

“While the variant transmits quickly and viral loads are higher, it is not yet clear whether it leads to a more severe disease,” he said.

“We believe this mutation will not have an effect on the deployment of COVID-19 vaccines to the continent,” he said of the South Africa variant.

That strain is “slightly different” to the UK’s one, according to Professor Neil Ferguson, a member of the UK Government’s NERVTAG group. 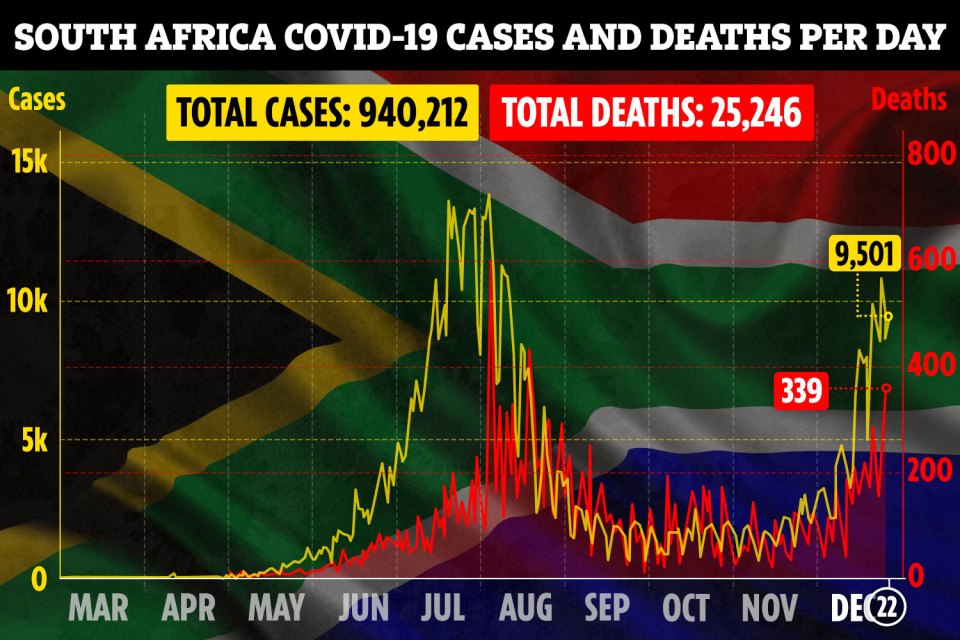 And Dr Andrew Preston, a reader in microbial pathogenesis, University of Bath, said said: “The ’South African’ variant is distinct from the UK variant, but both contain an unusually high number of mutations compared to other SARS-CoV-2 lineages.”

A typical “new strain” might have a handful of mutations, but the British one has 17, while the South African variant has between 10 and 20.

Last night, South Africa’s health minister announced an alarming rate of spread with more than 14,000 new cases confirmed in the previous day – including more than 400 deaths.

It was the largest single-day increase in cases.

The country has more than 950,000 infections and COVID-19 is unrelenting, Health Minister Zwelini Mkhize said.

The African continent now has more than 2.5 million confirmed cases, or 3.3 per cent of global cases.


Girl, 15, raped in 5-hour ordeal after being attacked while walking on common

For the first time since confirming sub-Saharan Africa’s first virus case in February, Nigeria is in the spotlight during this pandemic as infections surge.

“This has led to an unusual delay with testing, but we’re working around the clock, with many colleagues cutting short their holidays and returning to work.”

Nigeria – which has a population touching 200 million – now has more than 80,000 confirmed coronavirus cases.

OLE GUNNAR SOLSKJAER is reportedly unhappy at Manchester United failing to sign a midfielder in the summer. United spent big in the…

FORTNITE servers are down for scheduled maintenance right now, but there’s a ton of stuff to look forward to. The game’s servers…

FORTNITE servers are down for scheduled maintenance right now, but there’s a ton of stuff to…