TRAVEL bosses have called for more countries to be added to the green list – including tourist favourites France and Spain.

Industry leaders have accused the government of an “excess of caution” after just twelve destinations got the go-ahead for quarantine-free travel from May 17.

People enjoy the sun during the official reopening of beaches to the public in Athens, Greece[/caption]

Only a select few destinations have made the green list as Boris Johnson seeks to prevent new Covid variants entering the UK.

Travellers returning from green list countries – which include Portugal, Israel and Gibraltar – will still need to take a test at least 72 hours prior to departure.

Brit tourist hotspots such as France, Spain and Italy will be in the amber category – so travellers will need to self isolate for ten days on return and take two post-arrival tests.

Grant Shapps yesterday warned Brits “should not be travelling” to countries on the amber list.

But critics have hit out at the number of destinations on the list – and called for the Greek Islands, the Canary Islands and the Balearic Islands to be added along with France and Spain.

Brian Strutto, general secretary of pilots’ union Balpa, said the government’s cautious approach was “extremely disappointing for everyone who works in the travel sector and the millions of people who are desperate to jet away on holiday or business”.

He added: “Almost all tourist hotspots in Europe, including Spain, France and Greece, are in the amber category, which is as good as red as far as most tourists are concerned, with potential 10-day quarantine needed on return.” 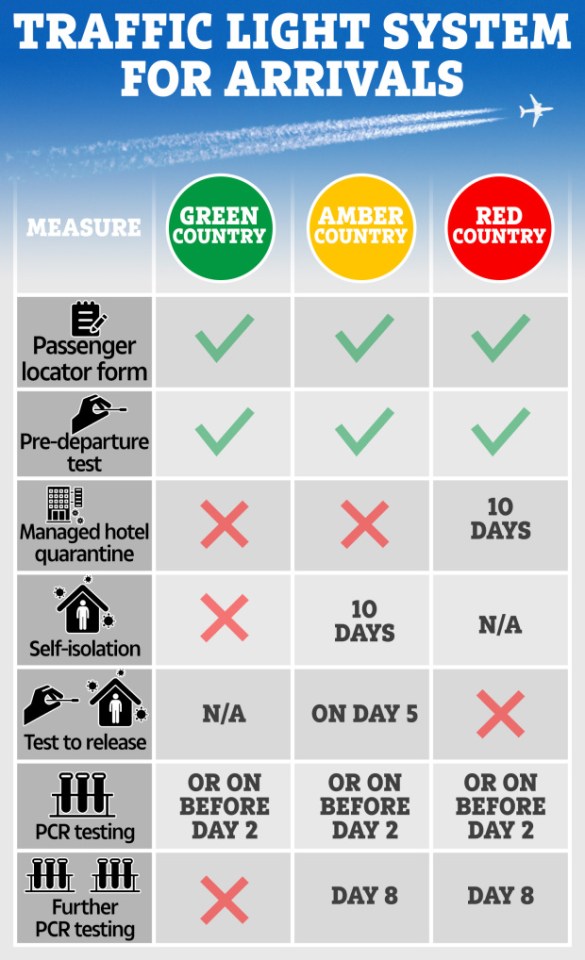 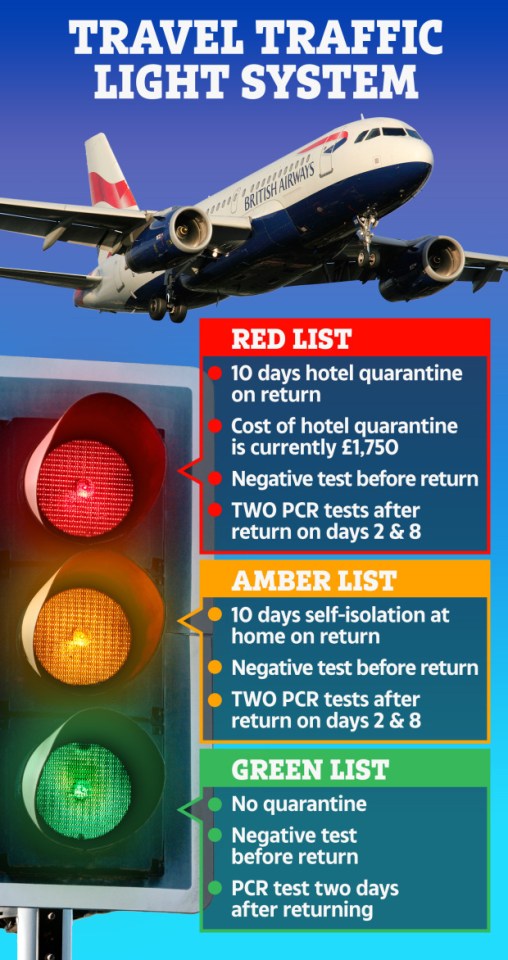 EasyJet Holidays CEO Garry Wilson told BBC Breakfast: “The good news is travel is reopening and our customers can look forward to those well-earned breaks in the summer that they’ve been waiting many months for.

“So we did think it was very cautious and it is really not aligning with the approach the Government has taken to open up domestic travel and we don’t think it is backed up by the science or the data.”

He added: “We believe, looking at the science and looking at the data, that places like the Greek islands, the Balearic Islands and the Canary Islands, very popular holiday destinations, actually do meet those criteria and should be on that list.”

Locals enjoy the sea in Athens this morning[/caption]

Maria Elena Rossi, marketing director of the Italian Tourist Board, said this morning that Italy’s inclusion on the amber list was “a pity”.

Ms Rossi added: “Italy is developing several Covid-free zones, especially in islands, which is a policy that has been enforced in other countries.

“We are working together with the UK tourism industry in order to be ready as soon as possible.”

Airlines UK, an industry body which represents UK carriers, said the Government must make “major additions” to the green list at the next review point in three weeks.

Most read in Travel

Meanwhile, five-star holidays have been slashed by half as tour operators fight for Brit holidaymakers.

An analysis by TravelSupermarket.com found that many five-star hotels were available in late May and June in Portugal for half the normal price.

The Vale d’El Rei Hotel, located in the Porches area of Algarve, was available for £320 per person for a week with flights from Stansted included – a price drop of nearly 50 per cent, the price comparison website said.

BRIAN Laundrie displayed numerous red flags in his relationship with Gabby Petito, surfacing as the couple traveled cross-country together. The 22-year-old’s death…

THIS summer I spent several weeks getting to grips with a question that was begging to be answered: Why do the Brits…

Mom charged for allowing daughter’s, 4, headlice infestation that almost killed her as bugs sucked oxygen from her blood

BRIAN Laundrie displayed numerous red flags in his relationship with Gabby Petito, surfacing as the couple…

Who is Rodney Mathews from The Bachelorette?

A MISSING woman’s husband has been arrested for her murder 10 months after she vanished. Maya…