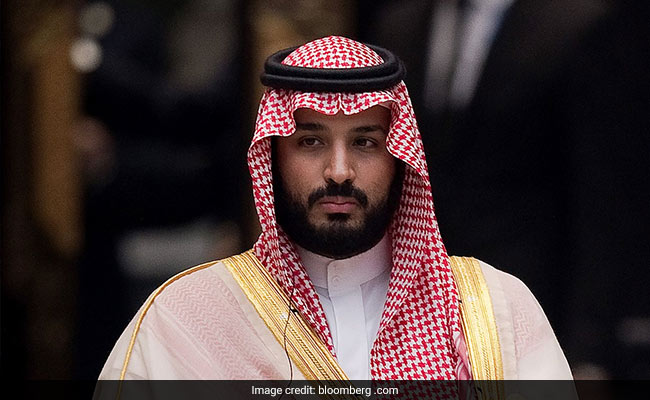 The case against Prince Mohammed was filed in federal court in Washington in August.

The Trump administration is weighing a Saudi request to grant Crown Prince Mohammed bin Salman immunity from prosecution over accusations that he orchestrated a conspiracy to kill a former high-level Saudi official, according to a person familiar with the matter.

The State Department’s legal office is considering the request and will present its findings to Secretary of State Michael Pompeo, who would make a recommendation to the Department of Justice, said the person, who asked not to be identified discussing ongoing litigation. The case against Prince Mohammed was filed in federal court in Washington in August.

Saudi Arabia wants the U.S. to act before Jan. 20, when President Donald Trump leaves office and Joe Biden — who has promised a tougher stance toward the kingdom — becomes president, the person said. Granting immunity could also deal a fatal blow to a separate case in which the crown prince is accused in the 2018 killing of Saudi dissident Jamal Khashoggi.

The current case accuses the crown prince of deploying operatives in the U.S. to track down Saad Aljabri, a former high-level official who has worked with U.S. intelligence agencies, and then dispatching a team to murder him. Aljabri’s lawsuit says a team of Saudi hit men flew to Canada to assassinate him but were stopped by border officials.

Aljabri said in the lawsuit that he became privy to sensitive information about Prince Mohammed’s “covert political scheming within the Royal Court” as well as his business dealings and his role in creating a team of operatives to kill Khashoggi. Saudi officials have accused Aljabri of corruption, claims his family has dismissed as politically motivated.

The Saudi Embassy in Washington and the government’s Center for International Communication didn’t immediately respond to an emailed request for comment. Lawyers for the Saudi government also didn’t respond. The Washington Post reported earlier that the State Department was weighing the immunity request.

The State Department press office didn’t reply to a request for comment, but in the past a spokesperson has said Aljabri was a respected and valued partner in the fight against terrorism whose work had saved American and Saudi lives. Aljabri’s legal team declined to comment.

Aljabri’s family said the decision about immunity shouldn’t be rushed.

“The decision on granting MBS immunity should take its due course even if that makes it fall into the hands of the Biden Administration,” said Khalid Aljabri, Saad Aljabri’s son, using an acronym for the crown prince. “This should not be a rushed political favor. Granting MBS immunity will result in absolute impunity and he will use it as a U.S. issued license to kill.”

It’s still unknown whether Pompeo will act before he leaves as part of the transition to the Biden administration next month.

Trump made strong ties with Saudi Arabia the centerpiece of his administration’s Middle East policy, downplaying Khashoggi’s killing and expediting arms sales to the kingdom. Trump’s son-in-law Jared Kushner developed a close bond with the crown prince, consulting with him regularly as he developed a Mideast peace plan.

Biden, who referred to Saudi Arabia as a “pariah” during his campaign, has indicated he’ll reverse Trump’s approach, though he’s also said Saudi Arabia must remain an important ally. Both Republican and Democratic members of Congress have been critical of the president’s support for Prince Mohammed.

Under normal circumstances, the U.S. government would be wary of making a recommendation in a case like this until it’s further along, according to legal experts.

“It’s unusual when the government weighs in on these issues at an early stage of the case,” said Brian Egan, a partner at Steptoe & Johnson LLP and a State Department legal adviser under former President Barack Obama. “Normally State and Justice are reluctant to get involved in these cases before they reach the appellate court.”

–With assistance from Vivian Nereim.

FRAN KIRBY is proud of the journey that has put her on the verge of making her fiftieth senior England international appearance.…

THE Bachelorette star Katie Thurston “may look for love again” on Bachelor in Paradise. The 30-year-old is “embarrassed” by her split from…

How old is Katie Thurston from The Bachelorette?

KATIE Thurston is was on The Bachelor before being crowned The Bachelorette in 2021. Katie caused quite a buzz (literally!) among viewers…

THE Bachelorette star Katie Thurston “may look for love again” on Bachelor in Paradise. The 30-year-old…

How old is Katie Thurston from The Bachelorette?

KATIE Thurston is was on The Bachelor before being crowned The Bachelorette in 2021. Katie caused…

WE are so lucky to live in Britain, and to be offered the booster jab. This…