PRESIDENT Trump expressed his worries about the coronavirus pandemic, and said as a parent he finds it “very hard” to talk about the virus and its deadly impact.

The father of five told Fox News‘ Sean Hannity that “as anybody that a parent knows,” it’s hard to discuss the pandemic, particularly with his youngest child, 14-year-old Barron.

“It’s very hard talking about a thing like that,” Trump said, referring to the deadly virus.

“Because it’s so negative – it’s death,” he added.

Trump’s comments came as the U.S. coronavirus cases skyrocketed past 85,000, with more than 1,288 deaths.

“You don’t like discussing it and you can hope they can always handle it in some way,” Trump added.

The President’s call came right before he was scheduled to speak on the phone with China‘s President, Xi Jinping.

“It’s better to have a good relationship,” he told Fox of U.S. relations with China.

“Let’s get along with China,” he added.

Hours before his call with Fox, Trump once again called COVID-19 the “Chinese virus” during a Coronavirus Task Force Briefing at the White House.

“I talk about the Chinese Virus. And I mean it. That’s where it came from,” Trump said.

Trump, a father of five, is pictured with his wife and kids, and their spouses and children[/caption] 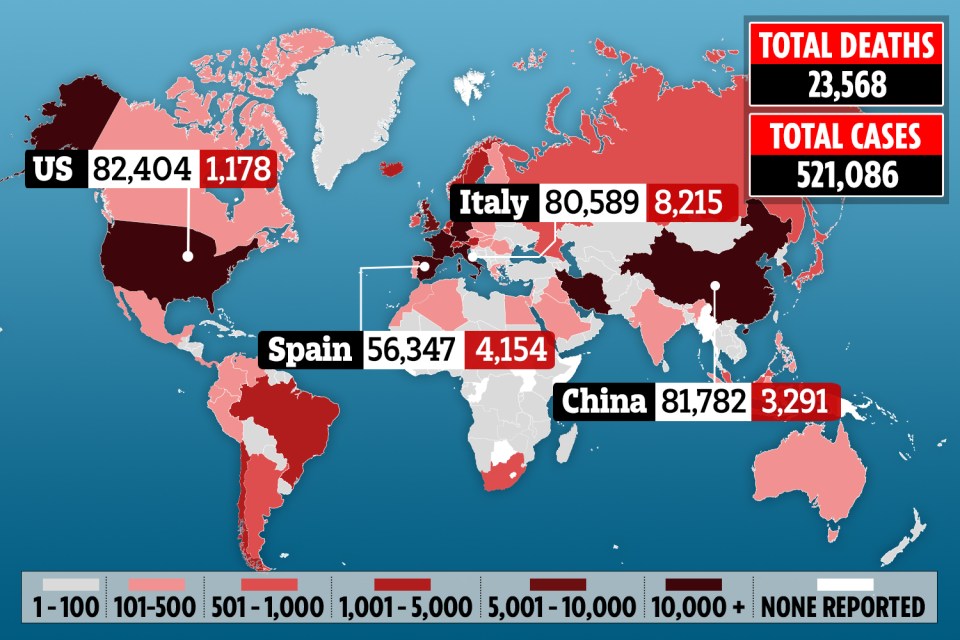 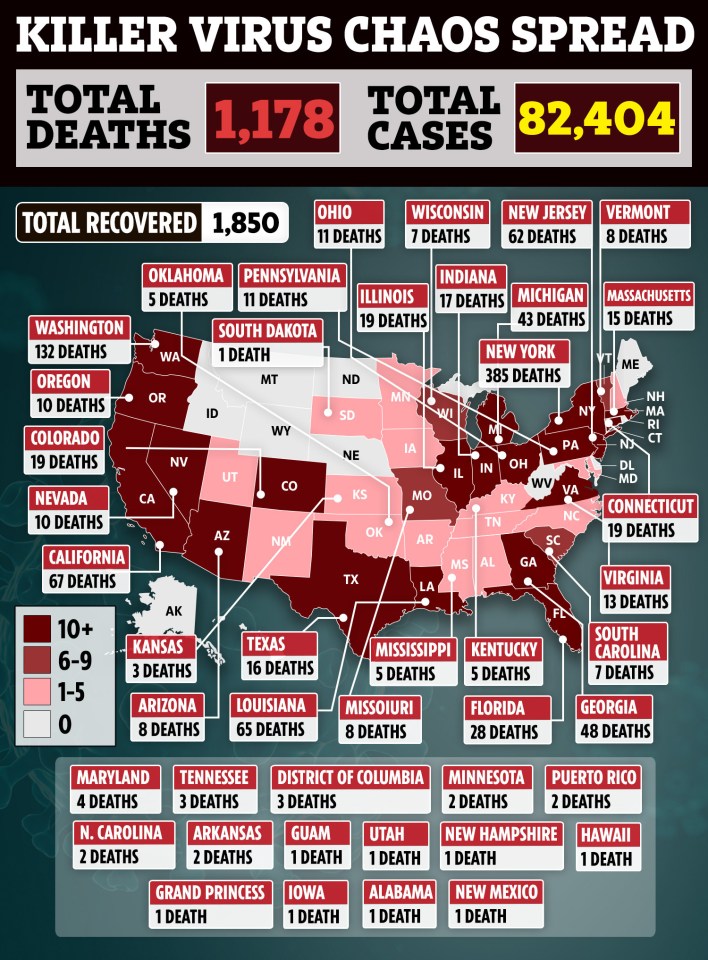 He said China “took advantage” of the U.S. during previous White House administrations, but the two countries now have a good relationship and they recently made a “very big” trade deal.

“I don’t blame China – I blame the people that were right here because they never should have allowed it to happen,” Trump said of the former lack of tariffs.

He said now, however: “The relationship with China is a good one.”

“You don’t know what the numbers are in China. They tell you the numbers,” Trump said.

“You just don’t know, what are the numbers?” he questioned.

The President said that the high numbers in the U.S. can be attributed to the amount of tests being done, as America took the top spot for cases worldwide.

Vice President Mike Pence later added that 552,000 coronavirus tests have been completed in the U.S.

Pence then announced that a potential game-changing COVID-19 test that can be done in 15 minutes at the doctor’s office has been submitted to the FDA for approval.

MOST READ IN NEWS


Tragic teen killed herself as she couldn't face coronavirus isolation


Body of teen found almost 10 YEARS after she mysteriously vanished


Child, 4, trapped with mom's body for 16 hours after she died of coronavirus

This would be the fastest method of testing for the virus, as previous tests have taken hours – or even days to get results.

As cases continue to climb, Dr. Deborah Birx added that 55 percent of active and new confirmed cases are based in the New York City metropolitan area.

Do you have a story for The US Sun team?

Trump rails against mail-in voting at coronavirus briefing – despite mailing...