The Queen’s wine merchant Berry Brothers & Rudd expects sales to drop 13 per cent this year as a result of the pandemic.

The wine merchant, which is family-run and was founded by a widow in London, started out supplying the fashionable coffee houses in the late 17th century.

It claims to have been the official supplier to the British Royal Family since the reign of King George III. 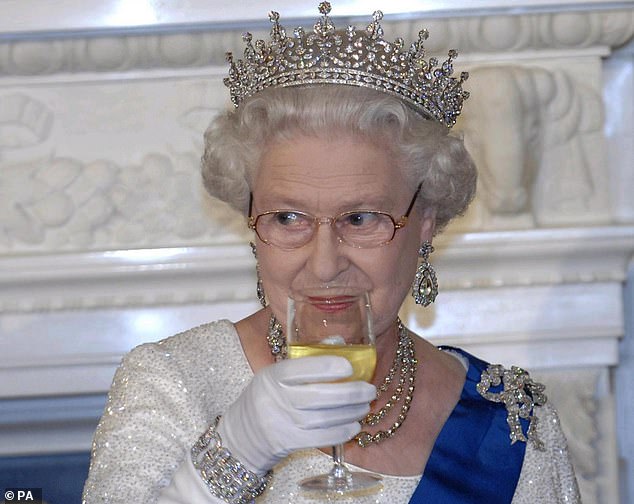 Wine merchant Berry Brothers & Rudd claims to have been the official wine supplier to the British Royal Family since the reign of King George III, and now holds two Royal warrants

Covid has hit the firm because stores were shut in lockdown and it lost trade from restaurants and bars, but it made up much of its lost sales online.

It had the strongest period of sales in its 322 years as families stocked up ahead of lockdown in March.

It delivered 42,000 bottles of wine in just two days, according to results filed with Companies House.

This was mostly due to a £3.2million charge on property. It paid £1.3million in dividends.

It said: ‘We were forced to shut our two shops and events business in March but quickly pivoted to using online retail.’

Between April and September there was a ‘substantial increase’ in new customers shopping online. It also launched virtual wine tastings.

NATE DIAZ will leave the UFC after his contract expires to fight Jake Paul for up to £10million, his former opponent predicted.…

US Will Not Impose COVID-19 Screenings For Flights From Britain: Report

Furlough must continue until the coronavirus pandemic ENDS, demands Bank of England boss