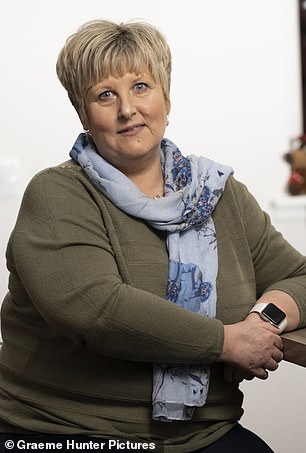 Sales executive Beth Brown has two passions in life — her beloved horse, Cider, and having a glamorous set of smartly painted false fingernails

Sales executive Beth Brown has two passions in life — her beloved horse, Cider, and having a glamorous set of smartly painted false fingernails.

But in October 2017, these passions combined to cause a minor injury — one which almost cost Beth her life.

As she was tending to her horse, Beth snagged a false nail on the middle finger of her left hand on a hay bale net, and it pulled her real nail away from its bed.

Beth, 56, washed the area well and thought that was it. But within two days, her finger began to throb.

‘There wasn’t a cut as such — but it looked red and sore and was very tender,’ says Beth, from Bathgate, West Lothian. Within a fortnight, her finger had doubled in size and was pulsating.

‘It turned pink, and then went a strange sludge-like colour. I was beginning to worry as this clearly wasn’t normal,’ she says.

Three weeks later, Beth was admitted to hospital as an emergency, and was warned she could lose her hand — or worse.

The seemingly minor injury had caused an infection that had spread to the bone. As a result Beth had developed life-threatening sepsis, which occurs when the immune system overreacts to an infection.

‘I never dreamed such a silly incident could lead to something so dangerous,’ she says. ‘I was warned that if I had gone to hospital any later I could have died.’

In fact, ‘a significant number’ of the 250,000 cases of sepsis in the UK each year arise from minor injuries such as scratches’, says Dr Ron Daniels, an intensive care consultant at University Hospitals Birmingham, and founder and executive director of the charity Sepsis Trust. 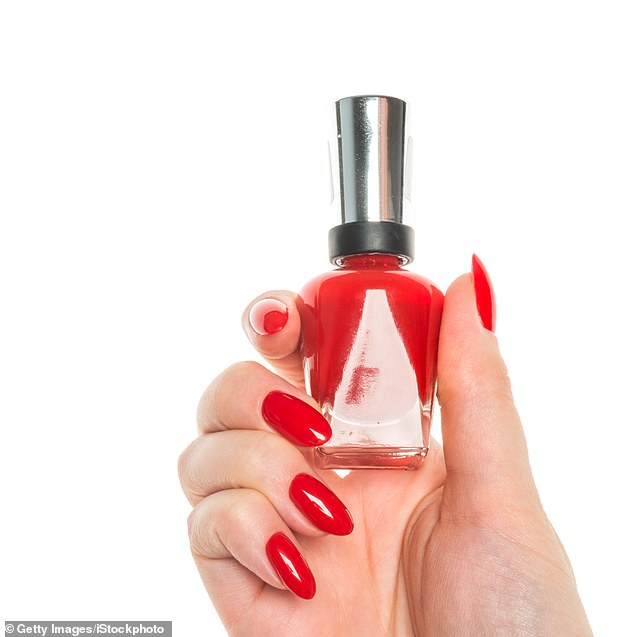 Sales executive Beth Brown has two passions in life — her beloved horse, Cider, and having a glamorous set of smartly painted false fingernails

‘Sepsis can be triggered by any injury — big or small,’ he says. ‘Around 10 per cent of cases of sepsis are caused by skin and soft tissue infections.’

Sepsis begins with the release of proteins called cytokines from the immune cells in response to an injury or infection. These trigger the immune system to help with the healing process.

For reasons that are not fully understood, in some people these cytokines are pumped out in destructively high quantities, causing the immune over-response that results in sepsis. The symptoms can be subtle to start with and may include a fever and aches and pains — at this point sepsis often gets mistaken for flu.

But, left unchecked, it can cause widespread inflammation, which can cut off blood supply to the organs, leading to organ failure and potentially death.

Early treatment — normally with intravenous antibiotics — is vital, as for every one hour sepsis goes untreated, the risk of death goes up by 3 to 5 per cent, says Dr Daniels.

The Mail has been campaigning for better awareness of sepsis since 2014, following the death of baby William Mead after warning signs were missed by doctors and the NHS 111 helpline.

‘Sepsis is a complex disease,’ says Dr Daniels. ‘With a heart attack, both patients and doctors know the signs and there is a simple blood test that can detect it. Sepsis is more complicated. Also, many people don’t want to go to A&E for a minor injury, or if they’re feeling unwell because they don’t want to be a nuisance.’

He fears the pandemic means cases may have been missed.

‘Admissions of sepsis were down as much as 60 per cent during the first lockdown, he says. ‘But we don’t know whether this was because people were choosing to stay at home. Some causes of sepsis, particularly those as a consequence of respiratory illness, may have reduced during lockdown but that wouldn’t fully explain it.’ 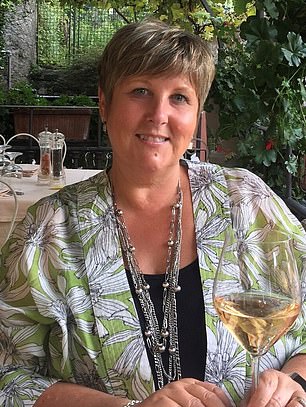 As Beth’s case highlights, the infection initially appeared much more innocuous. Her injury was so minor she calmly carried on tending to her horse after washing the nail

Quite why some people develop sepsis in response to an infection while others don’t depends on multiple factors. The very young and the elderly and those with chronic diseases such as diabetes are most at risk.

‘Other risk factors are having had recent surgery or being unwell recently before the injury occurs,’ says Dr Daniels. ‘All these can make you more prone to sepsis due to reduced immunity.

‘But certain bacteria are more likely to cause sepsis,’ he adds. ‘These include the common bacteria we fear, such as meningococcus [which causes meningitis] and Strep pneumoniae, which is commonly present in our respiratory tracts — when it causes sepsis it can result in a rapid deterioration to multi-organ failure.’

But as Beth’s case highlights, the infection initially appeared much more innocuous. Her injury was so minor she calmly carried on tending to her horse after washing the nail. Yet a week on, her finger was throbbing and pink so Beth decided to go to her GP, who prescribed antibiotics.

But five days later, the finger was getting bigger and was constantly pulsing, so she went back again — this time her doctor tried snipping the top of the nail with scissors to release anything that might be stuck under it.

‘Nothing came out,’ recalls Beth. ‘He then tried with a hypodermic needle to puncture the top of the nail. Again, nothing came out.’ Beth was back and forth to her GP every few days, getting dressings, antiseptic creams and checks — yet she still felt well in herself.

But as her finger was still painful, she saw another GP, who told her to go to A&E.

‘I was told a surgeon would be waiting — it all got very dramatic and I was terrified,’ says Beth. ‘Still, I was in so much pain I just wanted it over with.’

Beth drove herself to hospital, calling her husband Thom, 61, a project engineer on the way.

The surgeon examined her and said the nail was very badly infected — bacteria had entered via a tiny cut on the nail bed — and Beth was immediately put on intravenous antibiotics: the next morning she had emergency surgery under local anaesthetic to open up the finger, clean it and flush it out.

It was at this point that Beth began suddenly to feel very unwell. ‘I felt tired, confused — not myself at all,’ she says. ‘I was on a drip and staff kept checking on me looking very worried. I didn’t understand why. But I felt very unwell and extremely tired.’

Then she saw her name on a wall and a word next to it: sepsis.

‘I shuddered,’ says Beth. Concerned, she called a nurse who confirmed Beth had sepsis and said that if her injury had been left any longer she might have lost her hand . . . or died.

As Dr Daniels explains: ‘It is not a common occurrence, but is significant in that it can cause permanent damage and requires many weeks of antibiotics.’

Beth was kept on a ward attached to a drip of high-dose intravenous antibiotics for three weeks. Her hand was bandaged and she had to keep it elevated to help reduce swelling and pain.

Even back at home Beth was tired for weeks and had to have a phased return to work. She took antibiotics for four weeks after the surgery.

‘Now when I see women with very long false talons I want to beg them to take them off,’ she says. ‘They are so impractical and even dangerous. My nail vanity almost cost me my finger — and my life.’

Signs to watch for

If a child or adult who has had any infection develops one or more of the following symptoms, call 999 and say you think they are suffering from sepsis.

E: Extreme pain in the muscles.

P: Passing no urine for days.

Do I really need…

Claim: This palm-size device allows you to test food for nitrates — compounds linked to allergies. You insert the device’s two thin metal probes into the food and within three seconds its nitrate reading will appear on the screen.

Expert verdict: Dr Ann Ashworth, a dietitian and spokesperson for the British Dietetic Association, who has researched dietary nitrates, says: ‘Nitrates have been seen as a food contaminant for almost 50 years, including as a source of allergy, and have previously been linked to cancer. However, the World Health Organisation now says there’s inadequate evidence that they cause cancer and some naturally occurring nitrates may even be good for us.

‘The nitrate content of vegetables is difficult to measure accurately — the company which produces this device claims it has 90 per cent certified accuracy, but gives no explanation or data to confirm this. I can’t see this product would be helpful to the average customer.’ 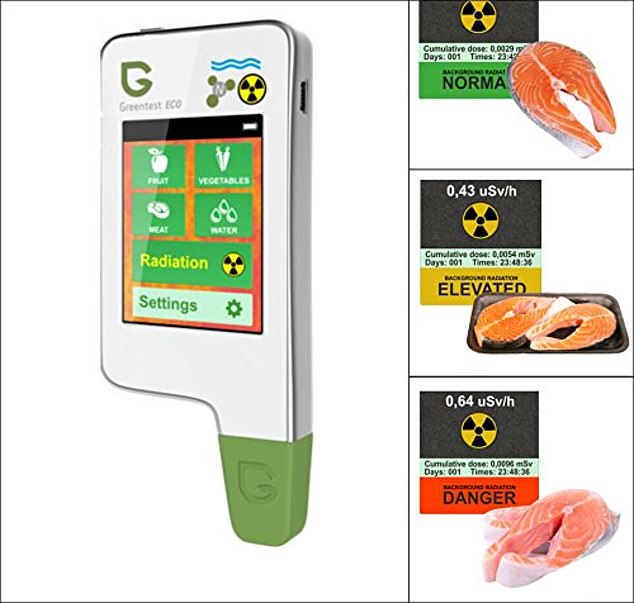 PADDY PIMBLETT is used to knocking out opponents in the Octagon. But the UFC star found himself kicked out instead on Saturday…

PADDY PIMBLETT is used to knocking out opponents in the Octagon. But the UFC star found…